As a contrast to the Dawn Service, the parade was movement, noise and lots of clapping.

People began lining the streets an hour before the parade began. Kids sat on the kerbs and there was a gentle buzz of conversation as people chatted with neighbours spectators.

There were marching bands, serving personnel, including crew of HMAS Canberra that has been in Hobart specifically for today.

Veterans and their widows travelled in military vehicles or marched in the parade.

Cadets and school kids joined the parade to help represent the various elements of the armed services, battalions, divisions. And to remember all conflicts over the decades.

I find it fascinating that countries celebrate, commemorate and remember in different ways, on different days. In the UK, Remembrance Day is at the eleventh hour on the eleventh day of the eleventh month, to mark the time and date that the First World War ended. In Australia, as well as Remembrance Day, they mark today, the date of the first landings on the Gallipoli peninsular.

There were poppies present today but the usual emblem on ANZAC Day is a sprig of rosemary as it was found growing wild in Gallipoli. There is a field of poppies at Parliament House in Hobart. I couldn’t find anywhere to buy a poppy so I crocheted my own last night. 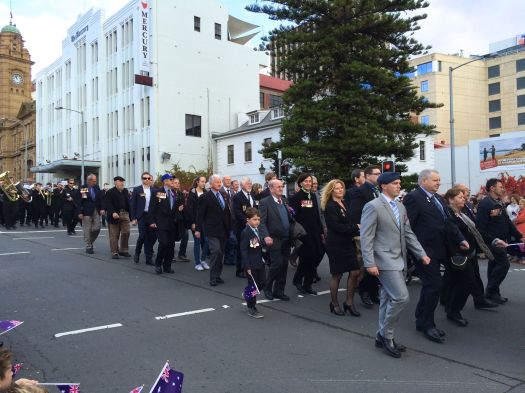 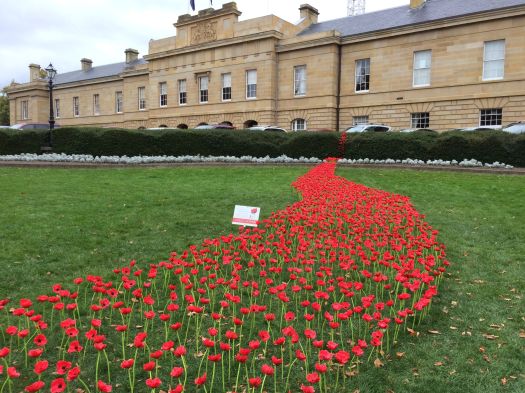 This links in nicely with the weekly photo challenge of motion.