We don’t often go out for a stroll after dark, but last night was a full moon and higher than average high tide.

The tide was way up the sand when we had completed our usual daily walk along Nutgrove Beach, past the sailing club, sports pitches and petanque gravel square, around Long Beach to Blinky Billy Point.

So we went to Long Beach at seven pm just before the official high tide time.

The water covered the whole beach and reached the esplanade. Some waves cascaded up the steps and ramps. Others crashed into the curved wall at the end of the beach.

The reflection of the moon across the water was beautiful.

We weren’t the only crazies out to watch the waves. We chatted to a guy who was taking photos with a “proper” camera, not just an iPhone like me. His long suffering wife or girlfriend was sitting in the warmth of their car. We debated the balance of getting a good shot without getting wet. An older lady was out walking too and she stopped to chat to us and reminisce about previous high tides and storms.

It was well worth going out after dark on a school night. 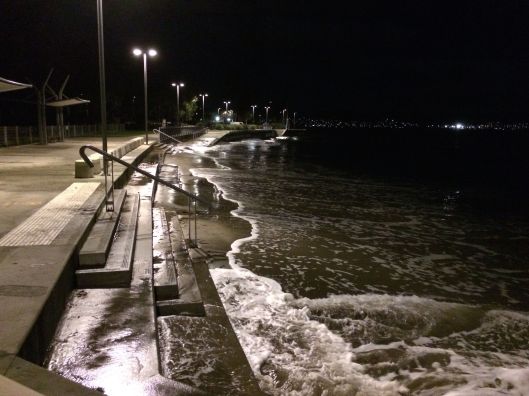 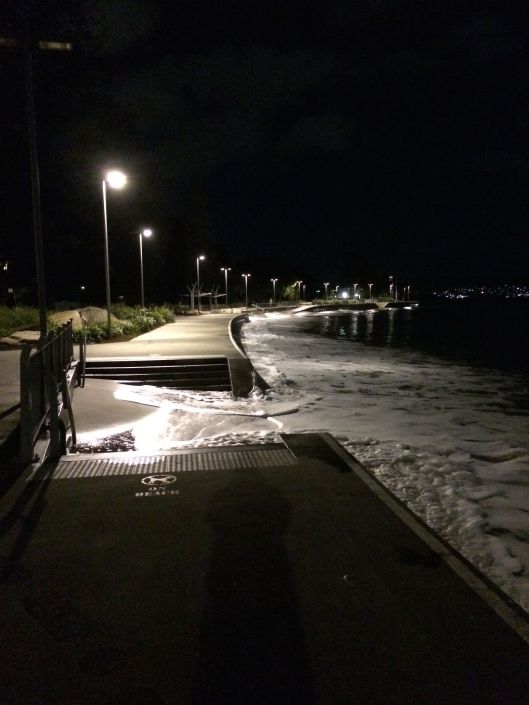 6 thoughts on “A walk in the moonlight”