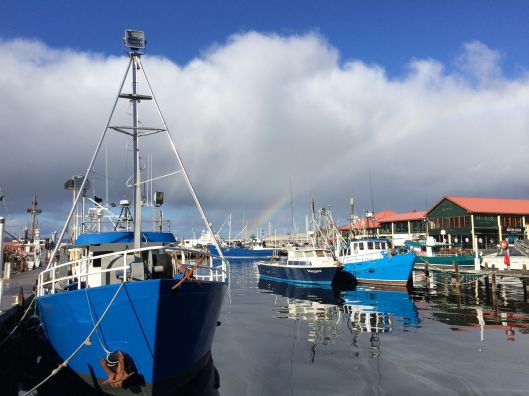 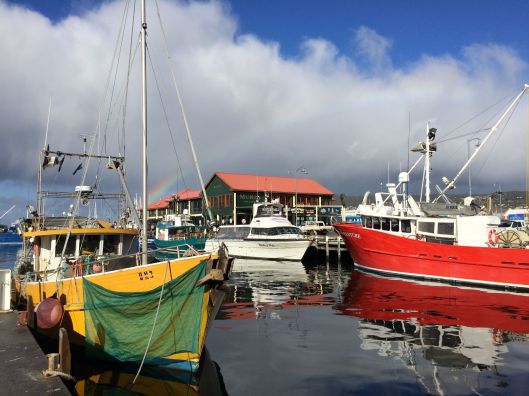 I often wander around the Hobart Waterfront, but yesterday I took a purposeful walk, taking photos along the way.

It was a showery morning, blue skies one moment and clouds hovering over Mount Wellington the next. Rainbows were an added and unexpected bonus.

Brooke Street Floating Pier opened earlier this year as the new ferry terminal for MONA gallery and home to a cafe, restaurant and market stalls. It is an interesting space on the waterfront. 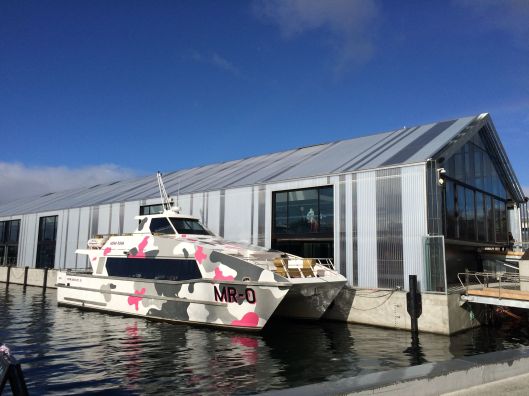 A few steps further on is Elizabeth Street Pier, with boats moored alongside. There are cafes, bars and restaurants at ground level and luxury apartments above. The historical ship, “The Lady Nelson” does day trips and boat tours to Bruny Island both leave from here.

I admired the numerous yachts as I walked along Franklin Wharf with the marina on the river side, Constitution Dock and Victoria Dock on the harbour side. A couple of weeks ago I watched a seal fishing and playing amongst these boats. He makes regular appearances here in the marina and docks.

Hobart has a strong and longstanding connection with Antarctica. Roald Amundsen landed here after his expedition to the South Pole in 1911. We walked up Elizabeth Street to send a telegram from the General Post Office to the King of Norway with news of his success. Australian Antarctic Expeditions have occurred since 1912, the first led by Douglas Mawson. To commemorate this connection, there are sculptures on the waterfront called “Heading South”. 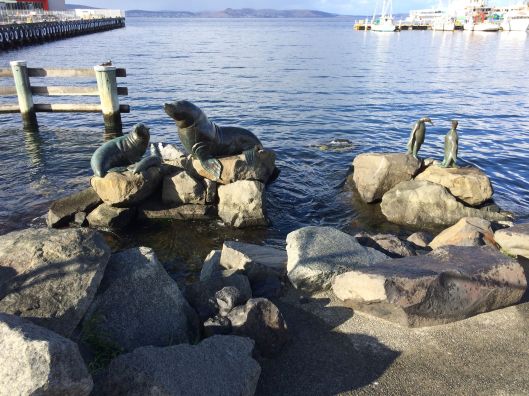 At the end of the wharf, is Hunter Street, lined with warehouses from the 1840’s.

More boats are moored in the two docks, including a police boat. 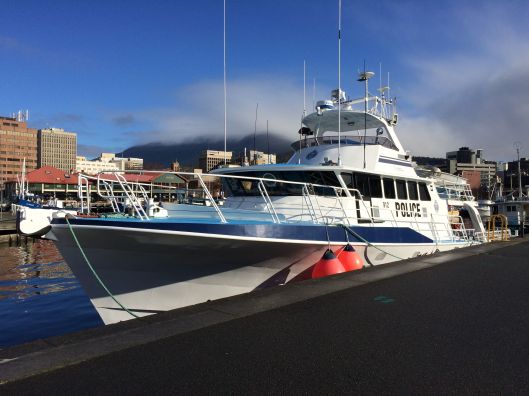 In the pavement between the dock and one of the city’s main thoroughfares, Davey Street, is a record of Sydney to Hobart Ocean Yacht Race winers, since it’s inauguration in 1945.

Sullivan’s Cove is a small area within Hobart but is the site of the original European settlement in 1804. Now it is a beautiful focal point for the city.

7 thoughts on “A walk around Sullivan’s Cove, Hobart”