Battery Point is one of the oldest suburbs in Hobart, just to the south of Sullivan’s cove, the waterfront and today’s central business district. The area is named after the battery of guns that were placed on the point in 1818 as part of the early coastal defences.

There are a delightful mix of Colonial, Georgian and Victorian buildings, sandstone houses, brick cottages, in a village atmosphere. Today there is a post office, bakers and cafe, of course a pub or two, plus artisan shops and restaurants. 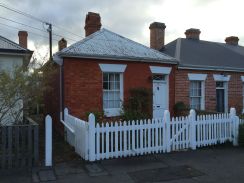 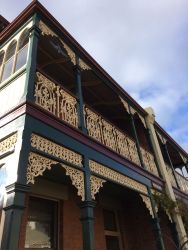 Arthur’s Circus is a quaint circle of cottages, with grass, trees and a small playground in the middle.

St George’s Church is known as the Mariner’s Church and was designed to be a landmark for seamen, sailors and mariners.

Kelly’s Steps link the high ground of the point with the “new wharf” that was constructed in the 1830’s, now called Salamanca Place. 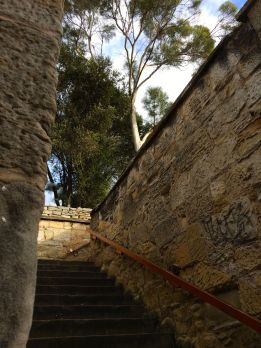 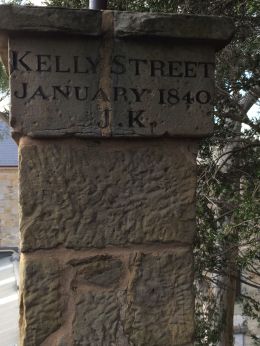 Glimpses of the harbour and Derwent estuary can be seen along the streets, or from the top of steps and paths with names such as “Billy Goat Lane” and “Nanny Goat Lane”.

Various streets lead down to the waterfront. Small parks or reserves are dotted along the shore line. There has recently been proposals to build a boardwalk around the point, but objections from property owners who’s land runs to the high water mark have put plans on hold.

Battery Point Sculpture Trail is a unique collection of modern designs that highlight random facts or history of the suburb. Here are just a few examples. 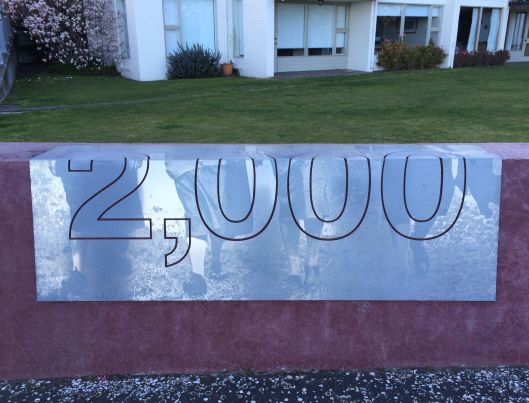 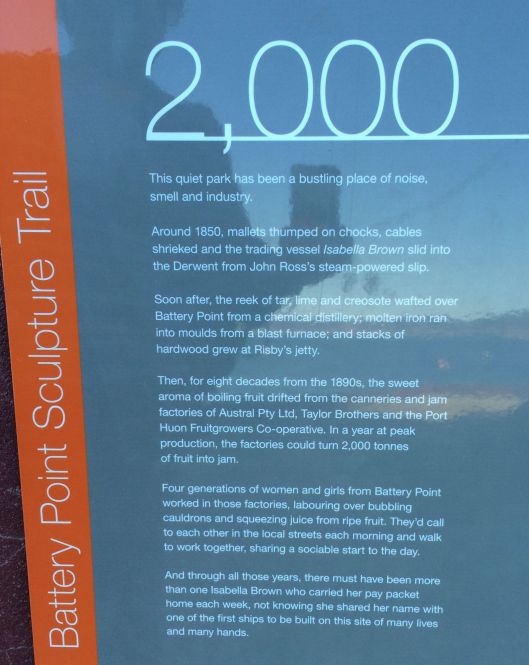 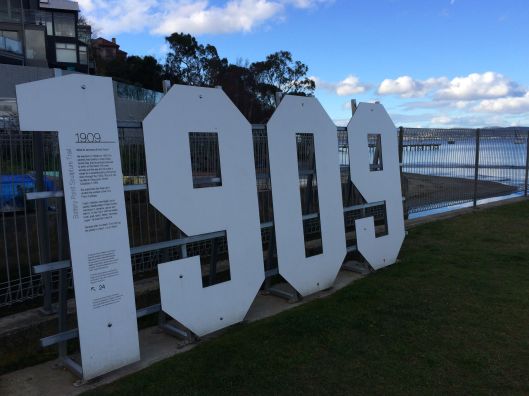 15 thoughts on “A walk around Battery Point”