Yesterday the Royal Australian Air Force display team, The Roulettes, performed a couple of aerobatic displays over Hobart and the River Derwent.

We had a front row view from our balcony at both the 11am show and again at 2.30pm. 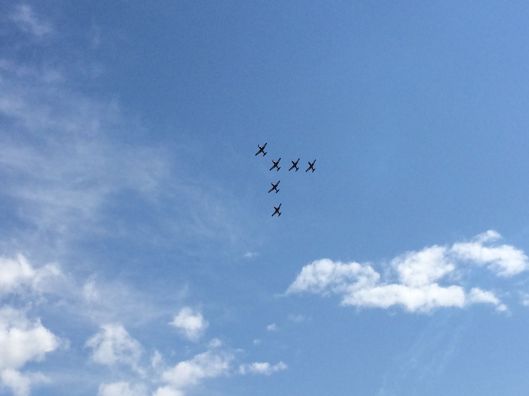 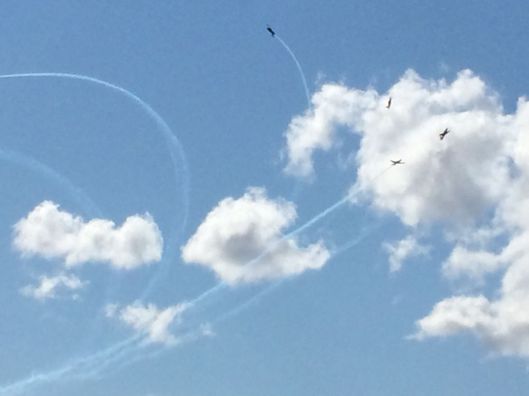 “As the RAAF’s elite formation aerobatic display team, the Roulettes perform breathtaking displays, using only hand-eye coordination to fly at speeds of up to 590 kilometres per hour. The six Roulettes may experience up to 4.5G (or 4.5 times the normal force of gravity) during a display in their PC-9/A aircraft. When the Roulettes are not showcasing their skills, they teach qualified RAAF pilots to become flying instructors at RAAF Base East Sale in Victoria.”

This morning, as part of a ceremony in Hobart to commemorate the 75th anniversary of The Battle of Britain, they flew over the Cenotaph, followed by a Hawk jet and a Harvard warbird. Later, the Harvard did it’s own aerobatics over the city.

A delightful and unexpected treat.

5 thoughts on “Front row seats to a free air show”