Apparently, Richmond is the most copied British place name, with fifty five villages, towns, cities in three continents. Let’s take a walk around Richmond in Tasmania.

This Richmond is a delightful town, renowned for it’s Georgian architecture and the oldest bridge in Australia. 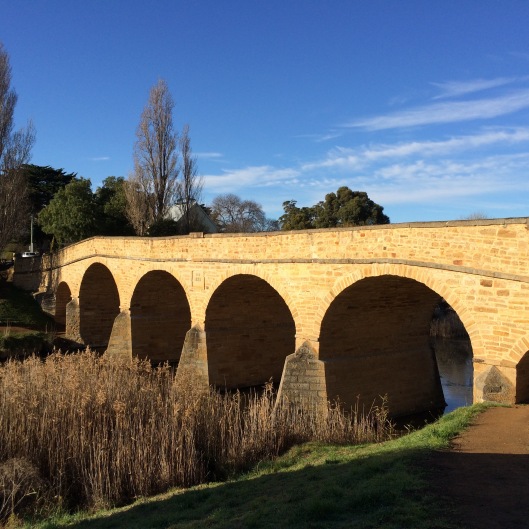 The area was explored in the early years of European settlement in Tasmania. The valley was ideal for agriculture and coal was found along the river banks. Hence the name, Coal River.

The town was on the only road between the young city of Hobart and the new convict settlement of Port Arthur. As such, it was an important police district and the bridge was built to enable easier movement of military, police and convicts as well as the transport of goods.

The bridge was built in 1823 by convict labour, from hand-hewn sandstone quarried from a nearby hill. The bridge was an engineering triumph in the new colony. It’s rustic appeal is a result of the unskilled labour and the limited tools used in it’s construction. Gradual settlement of the piers during flood and drought have given the bridge it’s unique wavy outline. 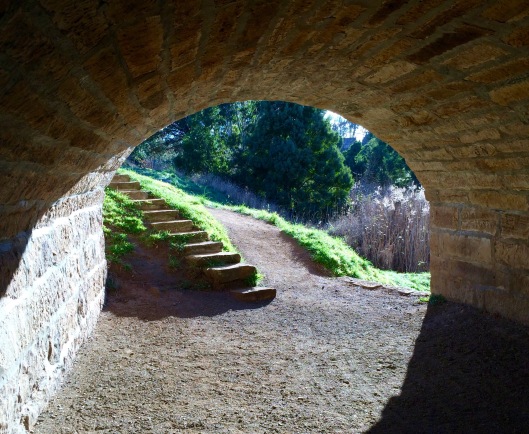 It is a pleasant walk under the bridge, along the riverbank gardens and walkways. Families play in the water, paddling and feeding the ducks. Wooden boats are moored up, available for rent in the summer months. 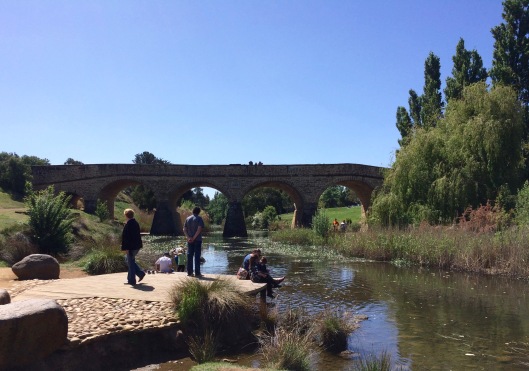 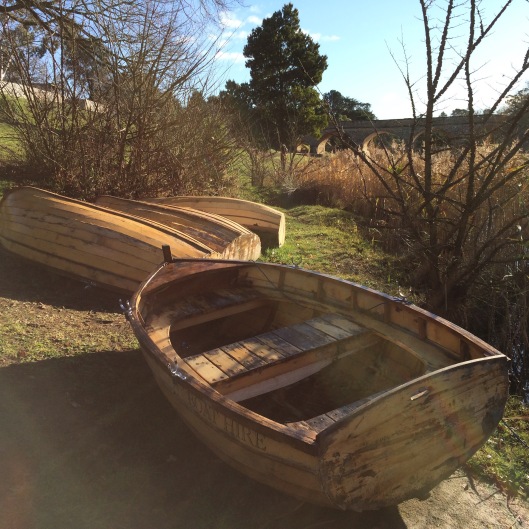 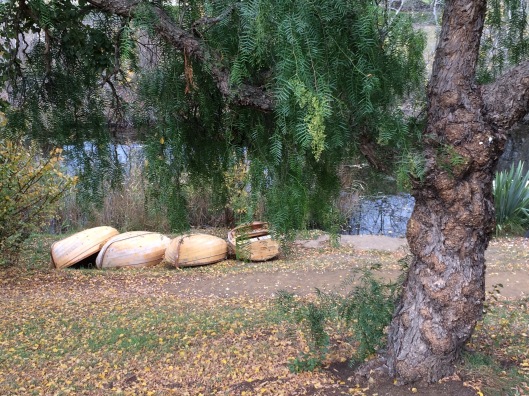 Richmond Gaol dates back to 1825. The cold stone rooms were once solitary cells, cookhouse, men’s and women’s quarters. The exercise yard is tiny for the number of prisoner’s it held. The stone steps leaving a trace of the people incarcerated here. 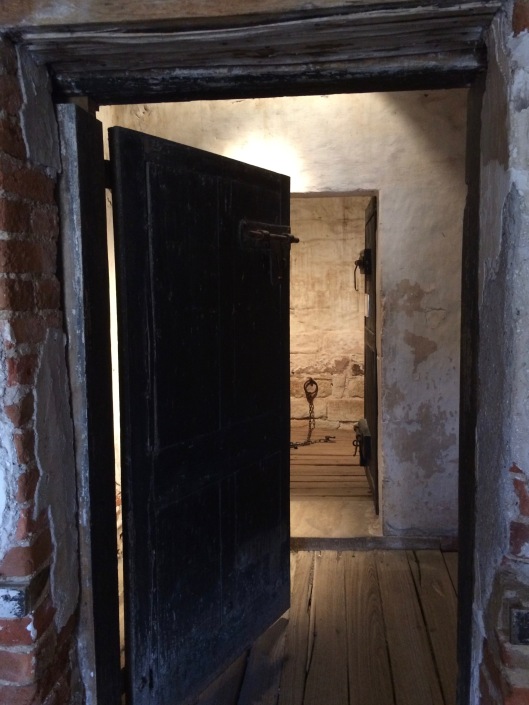 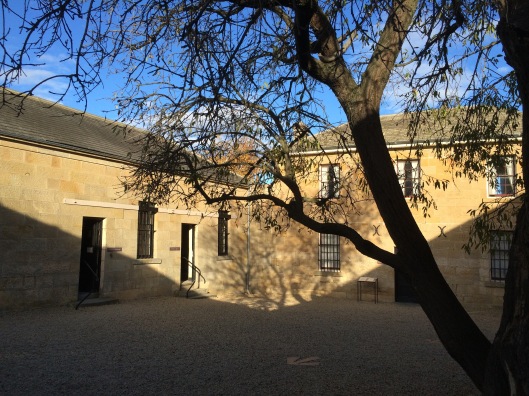 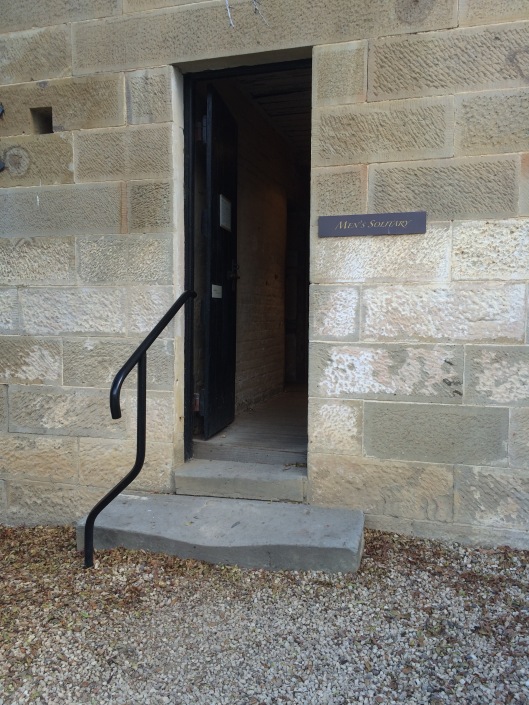 One prisoner known to have been in the gaol, is Isaac “Ikey” Solomon. It is widely believed that Charles Dickens based the character of Fagin, in his novel “Oliver Twist” on the life and crimes of Ikey.

A walk along the main street showcases a range of Georgian buildings, single storey houses, two storey pubs. These old buildings are now galleries, tea shops, craft boutiques and museums. Further down the road is a Minature Village and a Maze. The curb is made from rough cut sandstone bricks. 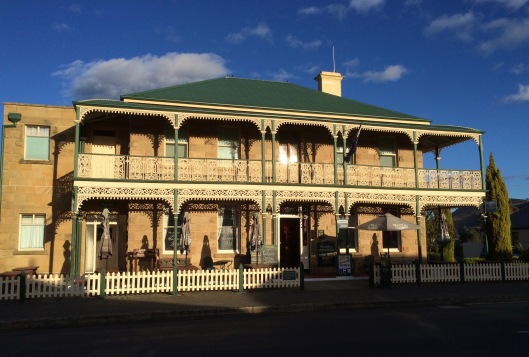 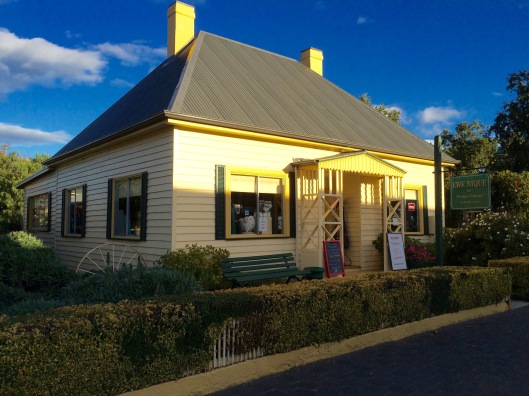 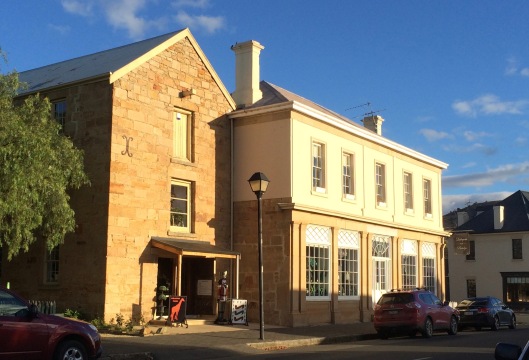 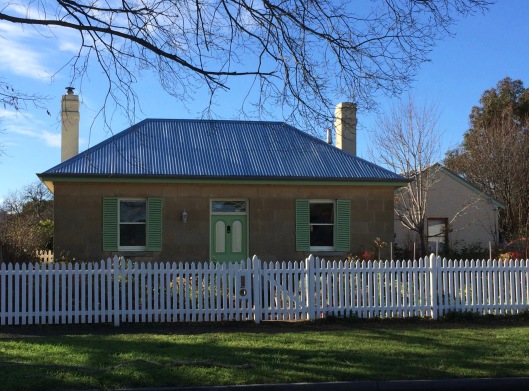 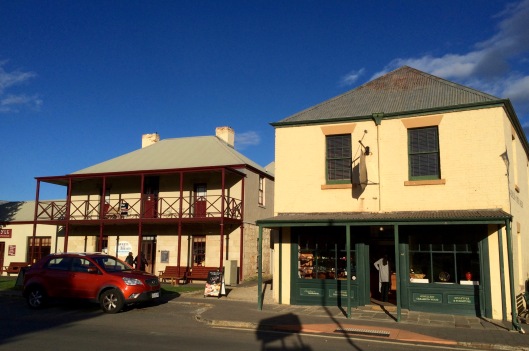 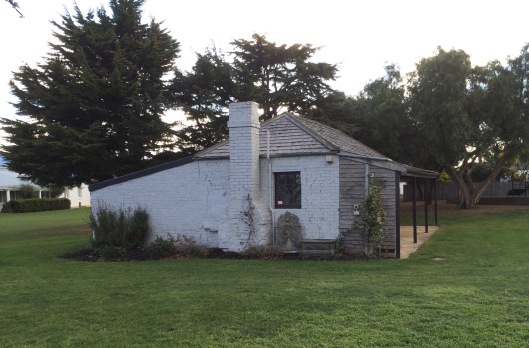 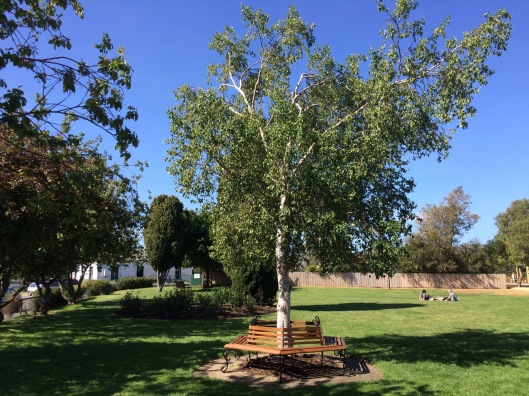 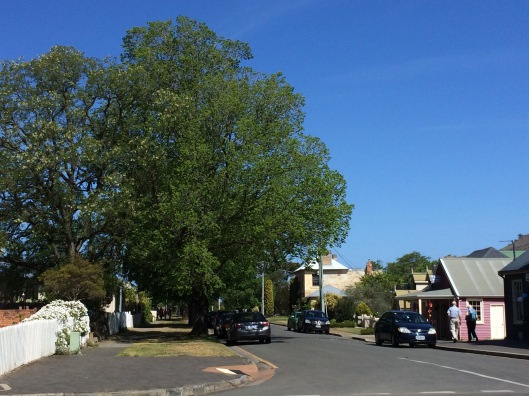 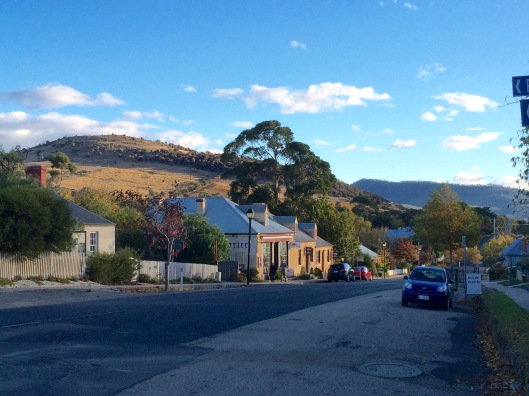 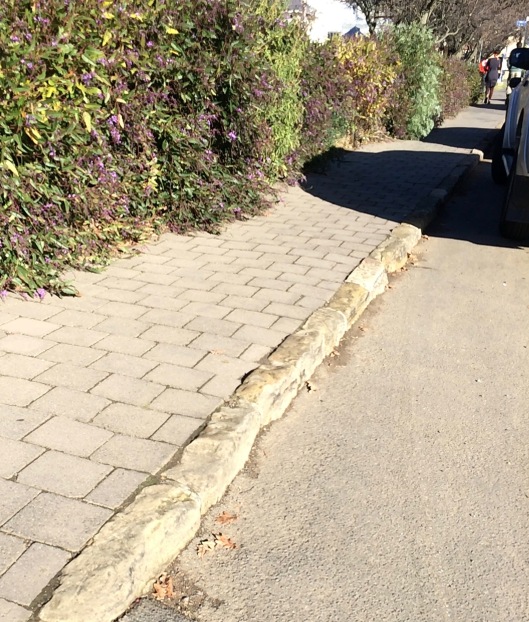 In 1872 a new road and causeway at Sorrell redirected traffic between Hobart and Port Arthur. This allowed Richmond to remain largely undisturbed and retain it’s historic character and charm. 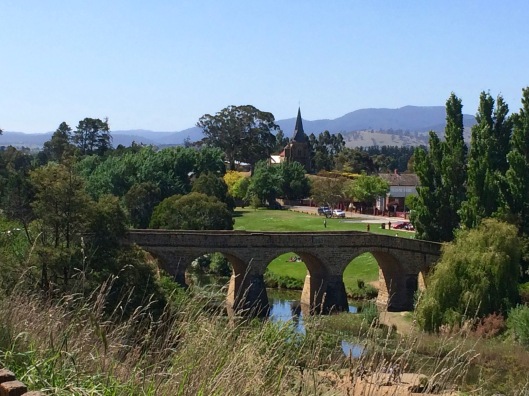 This is my contribution to Jo’s Monday Walk. Take a look and join a range of walks from other bloggers.

13 thoughts on “The oldest bridge in Australia”