The capital of Western Australia is a city of contrasts. New buildings amongst the old. High rise central business district surrounded by low level suburbs. Green sub tropical gardens and bush land, edged by the blue turquoise of the Indian Ocean. 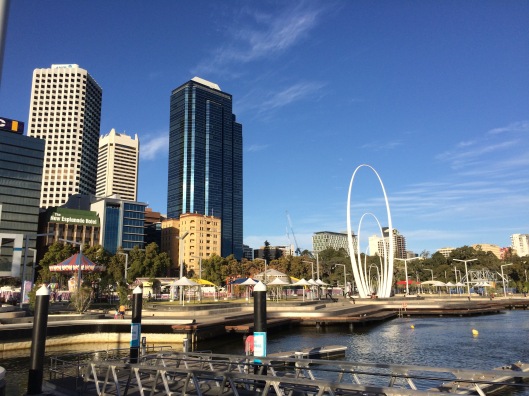 The first European colonists arrived in 1829 and settled a few miles inland on the Swan River. Perth does not have the convict origins of Sydney or Hobart although Western Australia opened to convicts in 1850 when farmers and businessmen required cheap labour. The city has been influenced by the gold rush of the 1890’s and the mining boom of recent decades. 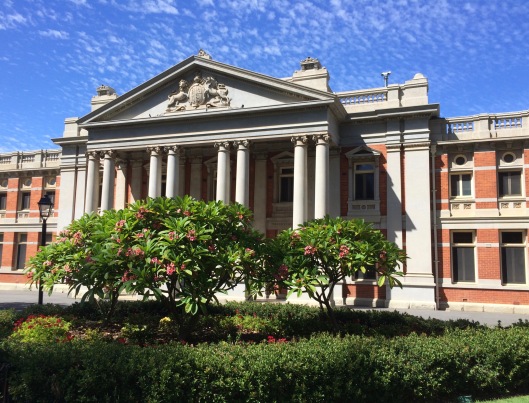 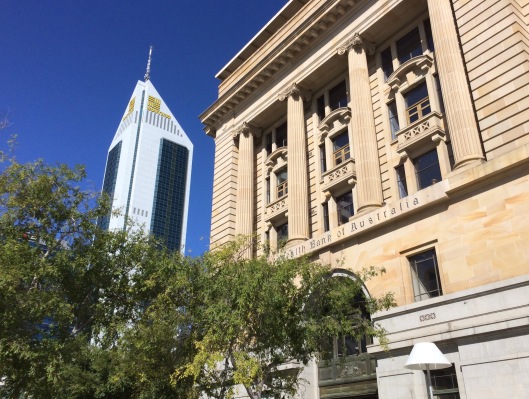 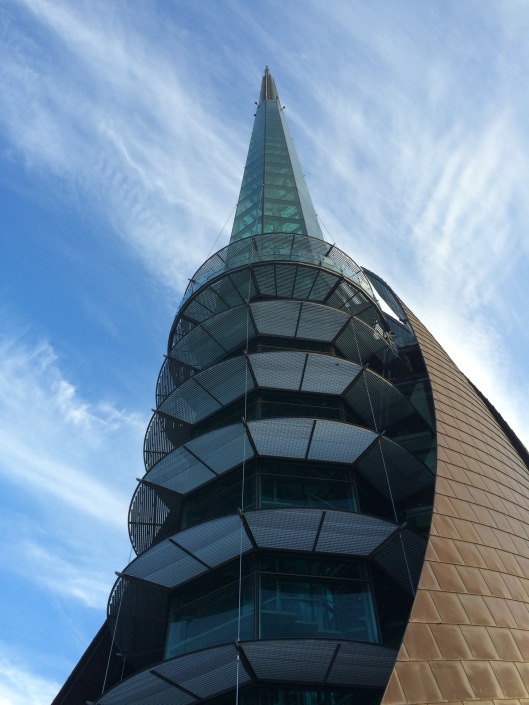 Perth is one of the most isolated major cities in the world, closer to cities in East Timor and Indonesia than to Sydney, Brisbane or Canberra.

It has a nice feel, blue skies, open space, friendly people, lots going on with festivals throughout the summer months.

Locals and tourists gathered at Cottesloe Beach to swim and cool down on a weekday evening and to watch the sunset over the ocean.