B is for … Bridge
… in my second post for the Blogging A to Z Challenge.

Let’s start in London, with the iconic Tower Bridge.

This is the Wobbly Bridge, also in London. It’s official name is the Millennium Bridge, a pedestrian suspension bridge across the River Thames. When it opened, it swayed far too much and closed for months for modifications and stability. 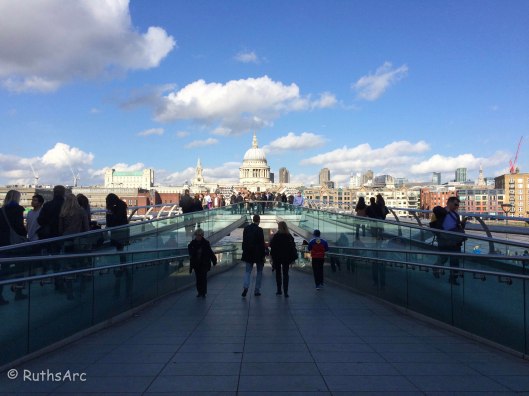 This is a bridge that is intended to sway. 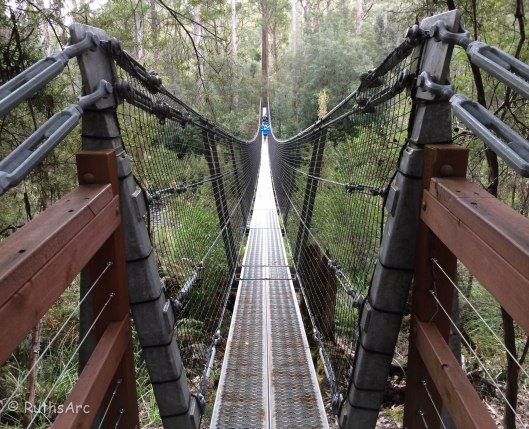 Amsterdam has many bridges over it’s canals, but this “Skinny Bridge” – Magere Brug – is a beautiful historic swing bridge.

On this side of the world, Sydney Harbour Bridge is another world famous image.

Tasmania has Australia’s oldest stone bridge, in Richmond. It was built by convict labour in 1823 and still carries traffic. 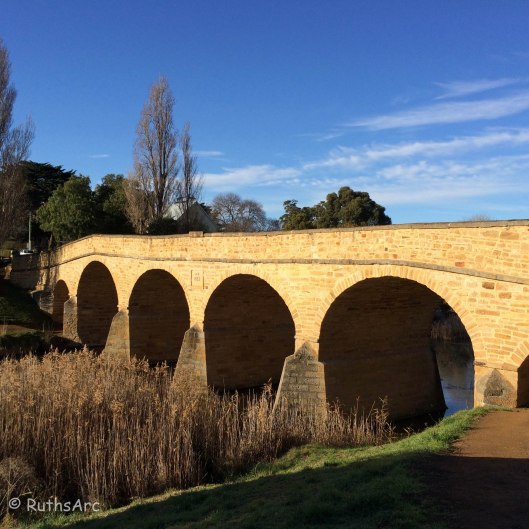 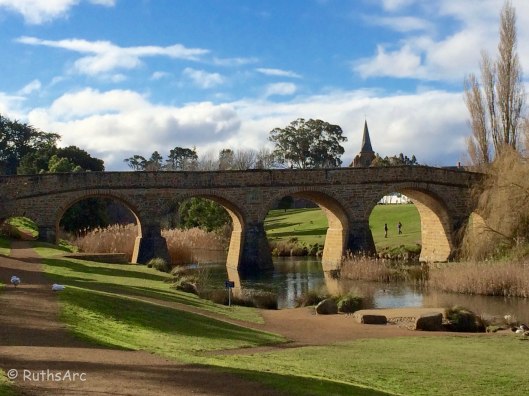 Another convict built bridge in Tassie is Spiky Bridge. It was built in 1843, using stones from the fields, without any mortar or cement. Stones on the parapet are laid vertically, hence it’s name. It is suggested that the vertical stones were to prevent cattle falling over the sides of the bridge. Others claim that the convicts placed them vertically in some minor rebellion against their supervisor. 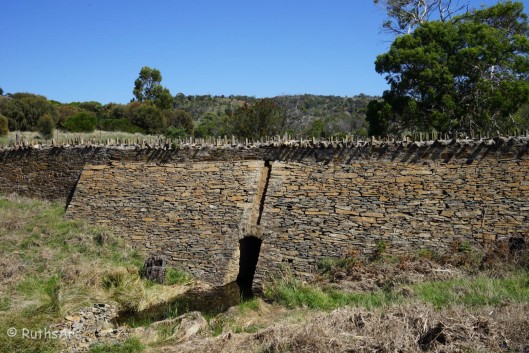 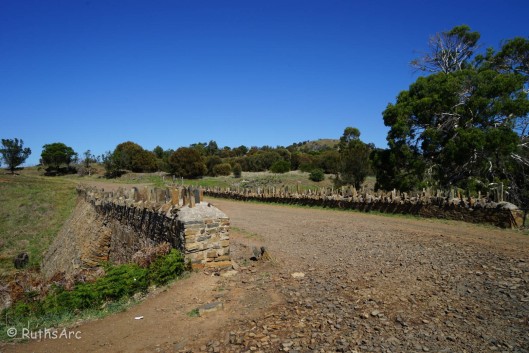