G is for … geology. An Earth science, the study of rocks.

There are some amazing rock formations here in Tasmania. It is quite a craggy island with dramatic coastlines, high mountains and deep lakes and rivers. 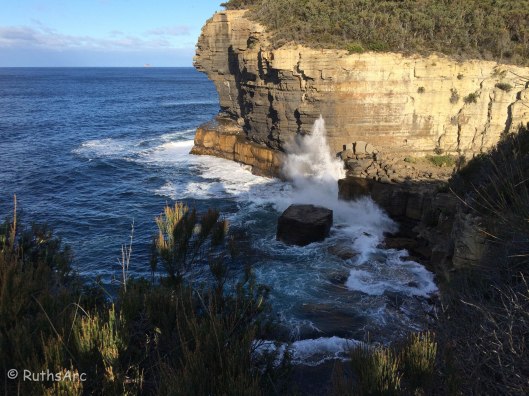 The Bay of Fires on the north east coast is an unspoilt coastline of white sand beaches and rocks with red / orange lichen. 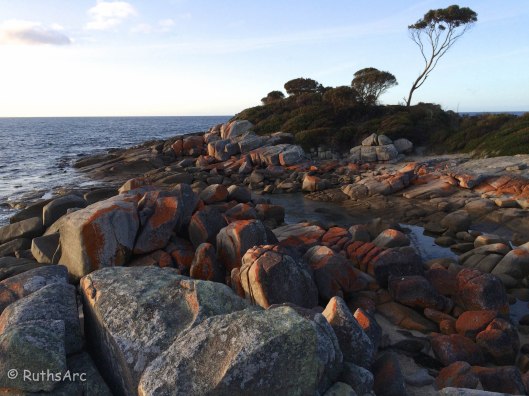 As we head south down the east coast, Bicheno has an impressive blowhole. 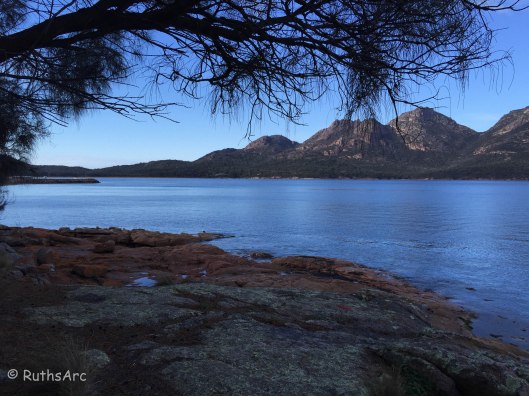 Spiky Beach (across the road from Spiky Bridge that I featured in the letter B) has vertical rock structures, again tinted with lichen.

The west coast is rugged but mainly wilderness, so I don’t have photos to share. The community of Queenstown in the west is a historic mining town, in a now barren landscape. Local forests were cut down for the gold, then copper mines. Poisonous fumes from the smelting process decades ago still having impact on the local vegetation. The rivers here are red, indicating the minerals in the ground rock. This is Iron Blow Lookout. 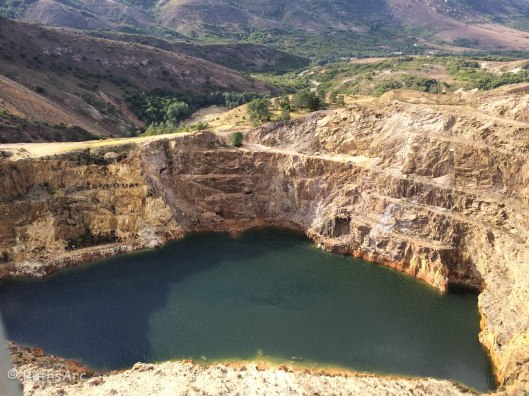 There is a unique rock formation at Stanley on the north coast. “The Nut” is the stump of an old volcano, now a nature reserve with views of the small town and coastline.

There is a fascinating place close to Hobart. Fossil Cove is a hidden gem on the River Derwent Estuary, accessible via a steep walk through the bush. At low tide you can walk through the arch to a second small beach. Fossil impression are clearly visible on the rocks. 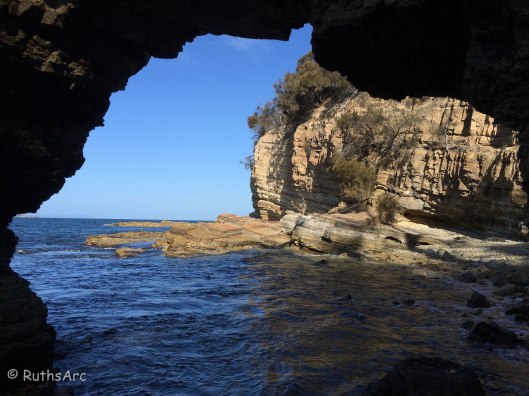 This has turned into a much longer post than I anticipated, but I got carried away with the contrasting coastal locations and photos.