We took a Vivid Cruise which was an excellent way to get a feel of the size and scale of the festival and to see the city lights from the harbour.

The focus is around Circular Quay with one side of the Opera House illuminated and one side of the Harbour Bridge. But there are numerous locations of light installations around the city.

It was intriguing to actually cruise underneath the Harbour Bridge. 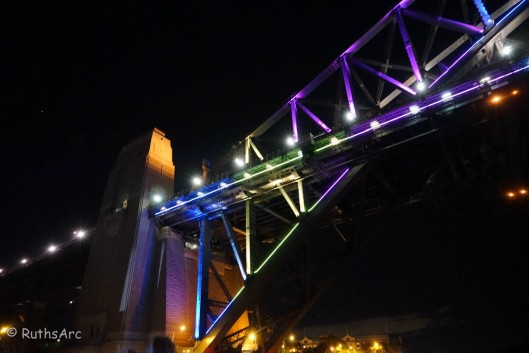 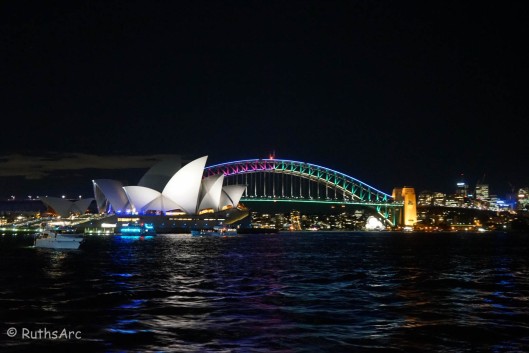 This year is the 200th anniversary for the Botanical Gardens so they are participating in Vivid. This arch of lights was just one of the attractions there. The crowd sauntered through the arch, six people across, taking photos as we went. Also in the gardens, there were light effects on trees and grass. 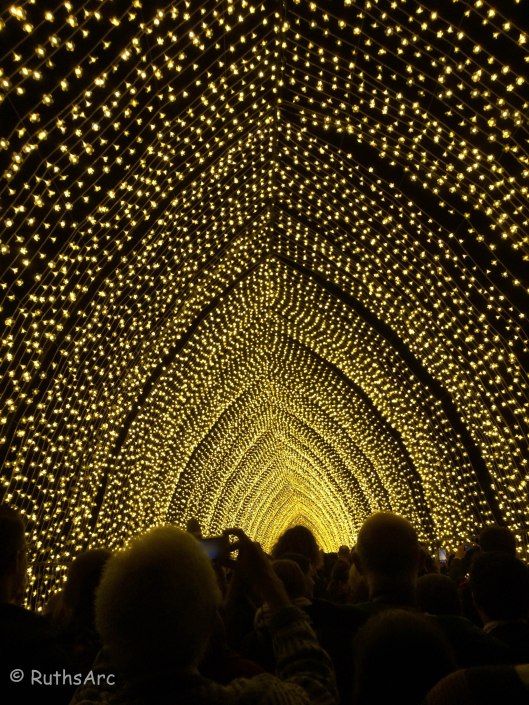 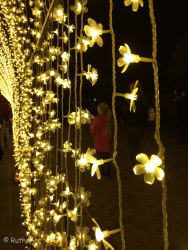 Various buildings were flood lit with moving images. Some art installations were interactive, reacting to movement, or linked to music. We spent two evenings in the city and still didn’t experience everything. 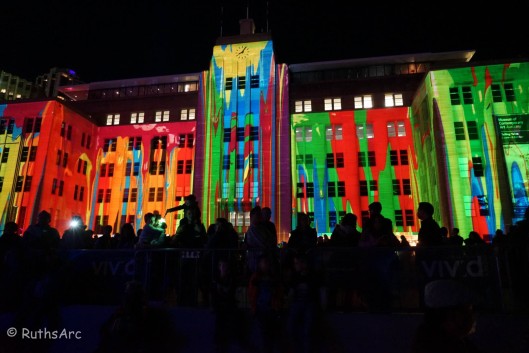 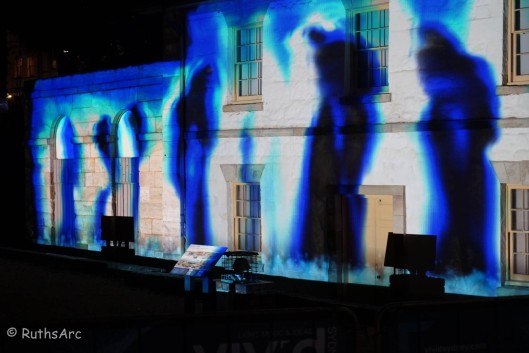 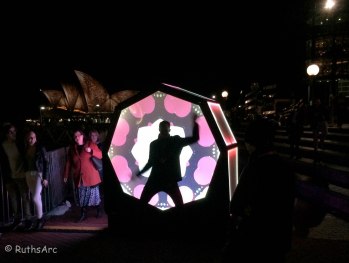 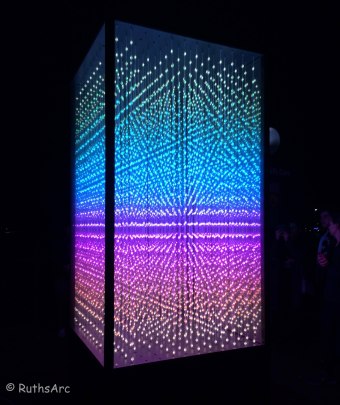 All the while, Sydney Ferries continued their regular dance across the harbour, joined by multiple cruise and private boats. 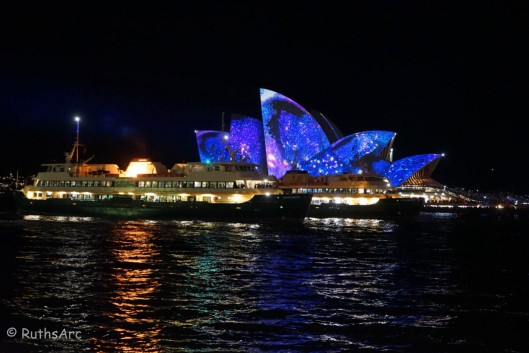