It’s thirty days since I began #100happydays challenge, sharing each day of photo of something that made me happy.

I posted about the first week here and some things have inspired their own post, Australia Day, an Unexpected Visitor.

Here is a summary of the past few months ~ flowers from a friend ~ a jewellery gift ~ driving the work electric car ~ full moon on a summer evening ~ a walk around Hobart waterfront ~ talking to my daughter, Australia to Argentina~ discovering a new beach ~ being able to walk on the beach at 5.30pm on a weekday after work ~ a gift in the mail, new book ~ pretty flower ~ a city stroll after work ~ a good movie ~ a fence post with a smile ~ a place in the shade for Sunday afternoon live music ~ afternoon at the beach ~ Tuesday Tapas ~ flowers in the office ~ Exhibition at historic School House ~ sunrise ~ barbeque at the beach with friends.

And the first month’s photos.

Here are a few images of items that have found new uses.

A garden ornament and planter.

An oil drum keeping everyone warm at a midwinter festival. 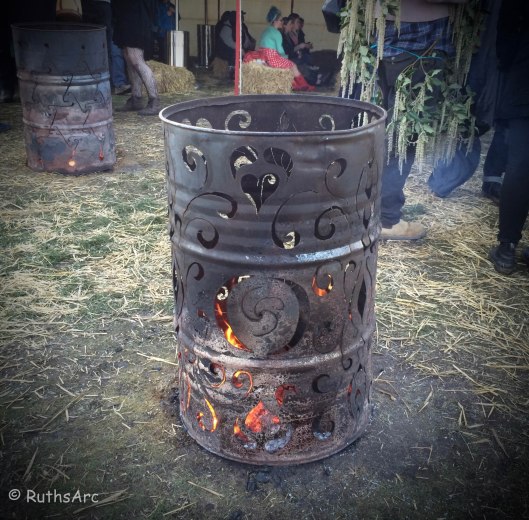 Our local “Kombie Keg” where you can hire the vehicle and decide what drinks you want to serve. On this occasion it was local ciders but I’ve seen it with soft drinks or even as a water dispenser. Very cool.

The below quote made me smile …

“Every week I recycle dozens of wine bottles and countless beer cans, whereas my neighbours only manage a couple of jam jars. Come on people. I can’t fix global warming on my own!”

This week’s challenge – Show us something that you’ve recycled or repurposed, or an object for which you’ve discovered a clever new use.

The first thing that came to mind is our driftwood tree. A large piece of wood standing in a bucket of sand, with a few cross branches tied on with rope.

It began as a Christmas Tree, but with a birthday in early January, it changed into a Birthday Tree. Discussions with friends turned in to a challenge to keep the tree and see how many other occasions it could celebrate. It is currently our Australia Day Tree. 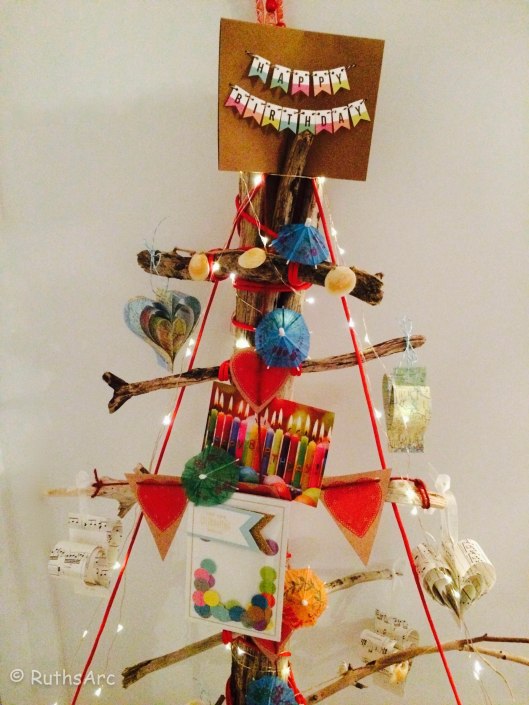 Last year, for my first Christmas in the southern hemisphere, I didn’t want a traditional tree or a bundle of tinsel. I wanted something different. So we collected driftwood and we sorted the various twigs and sticks on our balcony. We started small before we got to our current tree. 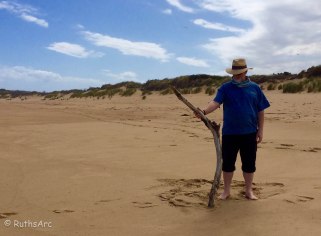 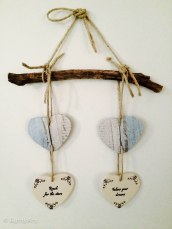 We want to decorate our tree for various occasions or special days throughout 2017 so please leave a comment if you have suggestions. The more ideas the better!

We joined in our local community celebrations, with events on the water, the beach and the park. Bean bags to sit on, kid play areas and rides, food stalls, musicians to entertain us. Here is a collage of our day. My photos don’t actually reflect the crowds that were there. 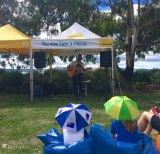 Hobart welcomed new Australians in one of many Citizen Ceremony’s across the country. 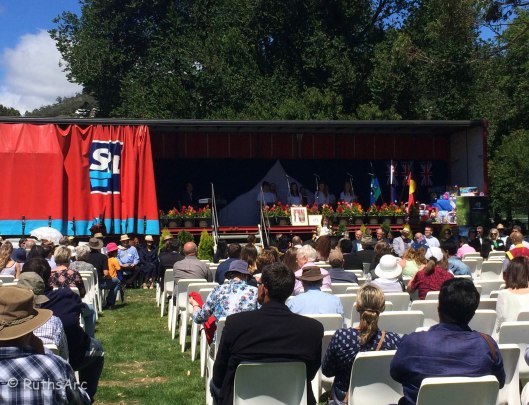 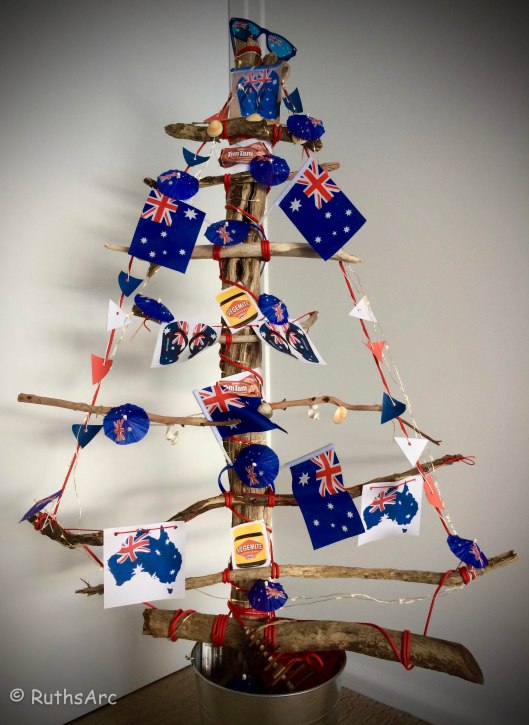 We had a visitor inside our office this morning. At first I only saw the head and tail. When I could see he had legs I was ok and took him outside with the advice not to hold him by the tail, as the tail will fall off and he’d run off. Really?

Colleagues then spent the rest of the day telling me about snake encounters, mice plagues and other joys of living in rural Tasmania.

Posted by RuthsArc | Filed under one with nature

Paddle boarders and kayakers look so graceful as they glide across the water.

Grasses blowing gently in the breeze.

As posted here, we had a nostalgic time at the Tasmanian Transport Museum last weekend.

As well as the steam trains and carriages, there were various old vehicles, which seem an ideal post for Norm’s Thursday Doors Series. 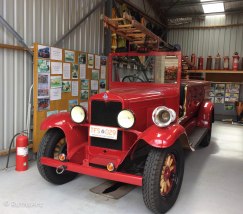 This “wheeled escape ladder” was imported from Britain in 1969 at a cost of $5,668. Lots of cupboard doors to hide equipment.

This side loader bus from the 1940’s has a door on the pavement side for each row of bench seats. The other side has just the one, the driver’s door. Also this car, adapted for the mine manager, to run on rails. 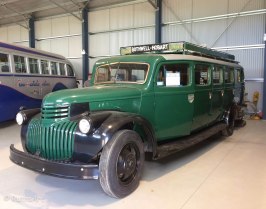 There were trams and trolley buses without doors, before the days of ”health and safety”. The museum is run by volunteers, who have renovated many of the vehicles. 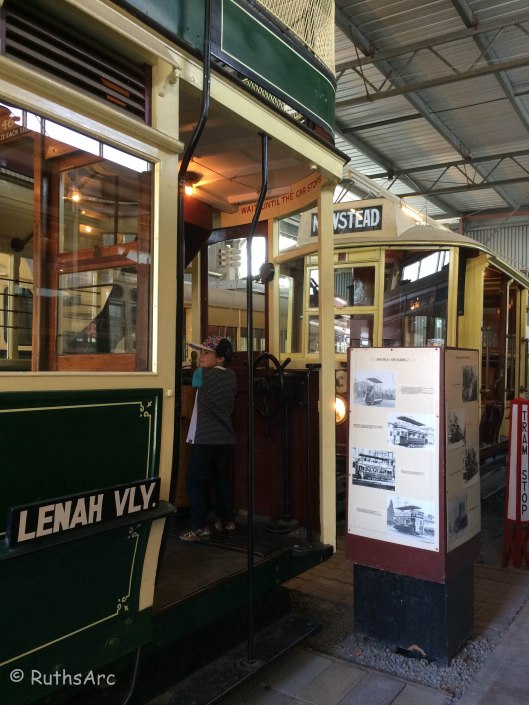 I’m impressed with these seats that can face either way. The seat back can slide backwards and forwards. Sydney still has seats like this on it’s new trains.