Whilst walking around Trafalgar Square yesterday we heard music, drumming and chanting.

A huge anti racism march was heading down Whitehall for a rally outside Parliament. It was fun to be a bystander, to people watch. This morning’s newspaper states that up to thirty thousand people took part. It was peaceful, organised, people of all ages and creeds, police were present but not obvious until they marked the end of the march and opened the roads again. 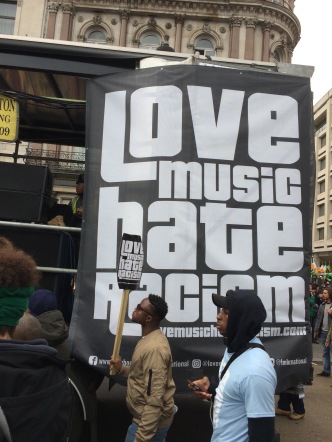 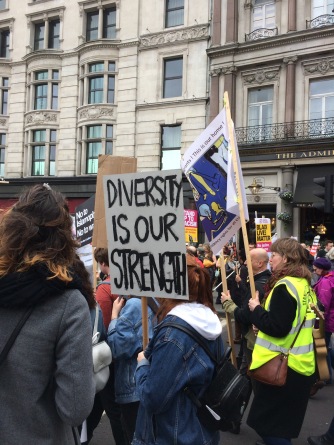 4 thoughts on “Freedom of Speech in London”