Something unusual is happening on our East Coast beaches.

As we walked on to the white sand, we noticed hundreds of fish amongst the remnants of seaweed.

Locals advised that these little leatherjacket fish have been carried south by the currents but the water here is too cold for them. Hence this phenomenon on beaches all along the coast. 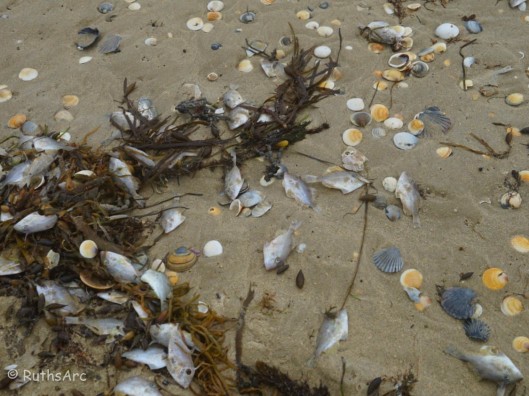 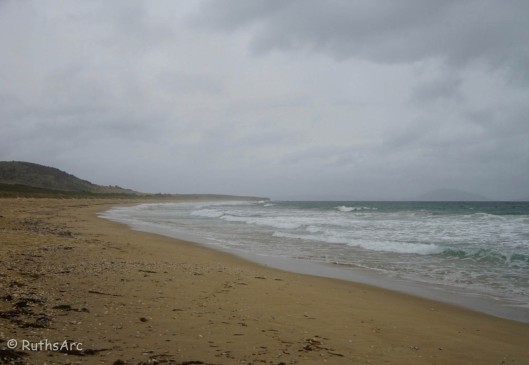 Posted by RuthsArc | Filed under one with nature

I have learnt a new word today:
ev·a·nes·cent (adjective) – “Soon passing out of sight, memory, or existence; quickly fading or disappearing.”

The rapidly changing colours before dawn seem perfect for this word. Here are some Hobart sunrises that I have snapped this month. 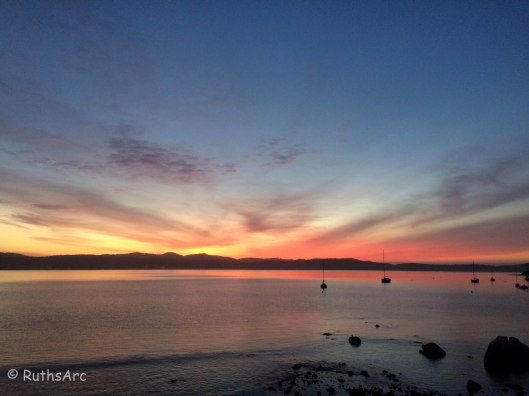 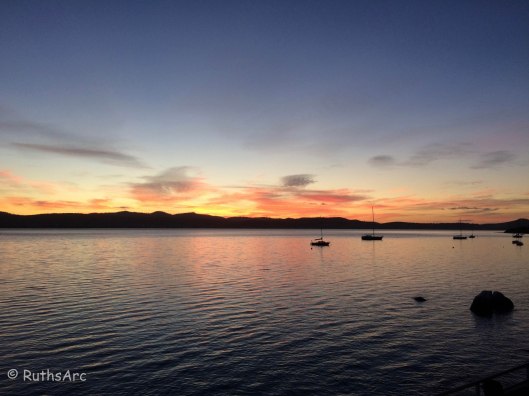 These 2 photos are 8 minutes apart. 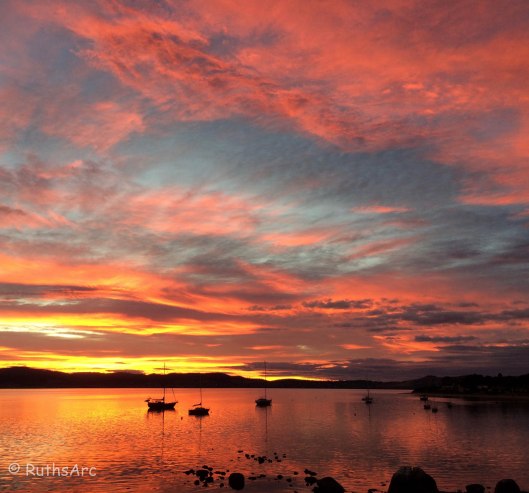 This is an original photo, no editing. Followed by a “cold tone” edit which I think highlights the actual sun rays. 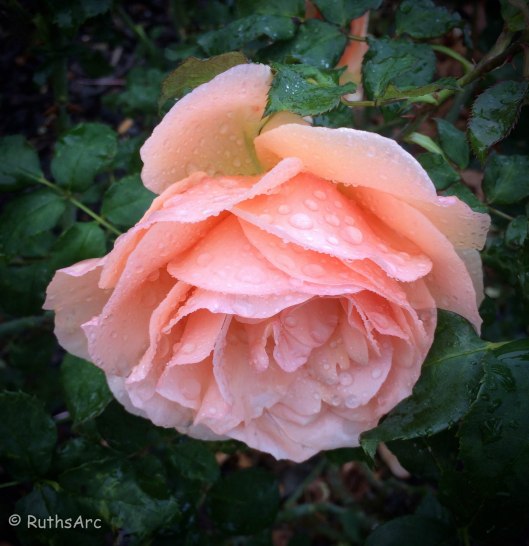 Posted by RuthsArc | Filed under photography

We revisited the East Coast of Tasmania at the weekend. We enjoyed the impromptu road trip in the final days of autumn.

We’ve seen the coastline and beaches in blue skies. The scenery was just as spectacular in grey skies. The power of the wind and ocean was evident. 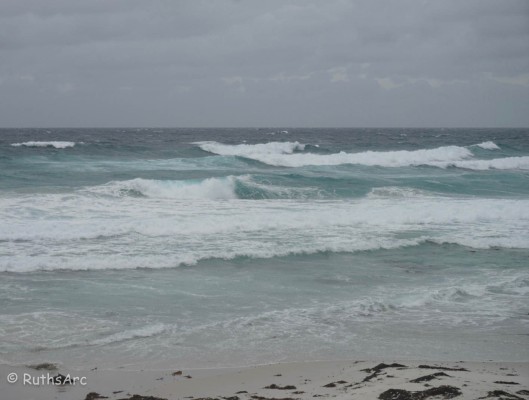 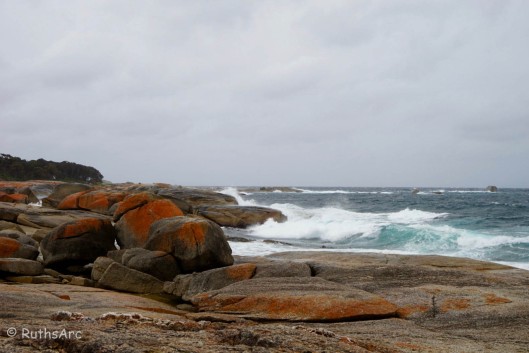 Dolphins are regular visitors to Hobart and the River Derwent. Yesterday we were in the right place at the right time to watch a pod of eight larking around, so close to the shore and yacht club. 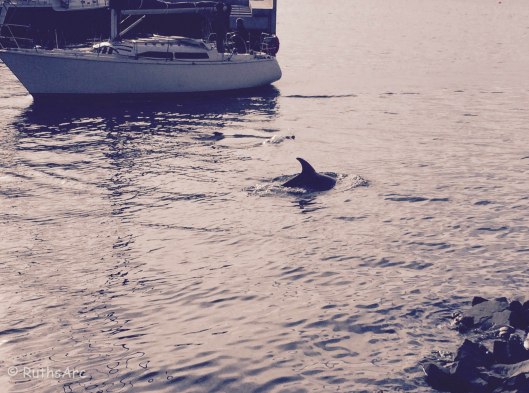 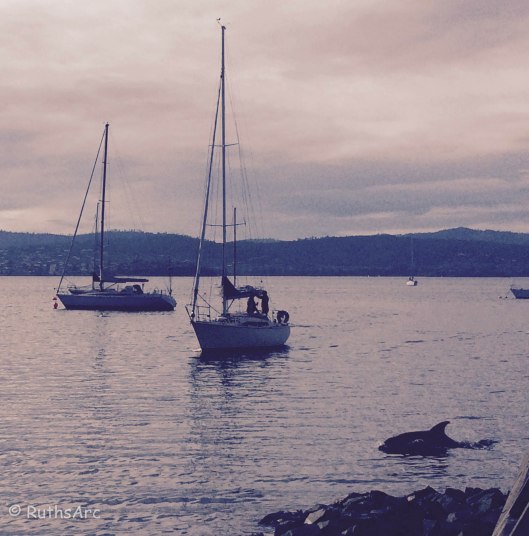 Almost 1,200 ducks were put into the pond. They needed a bit of help from the local firemen, a human sized duck and some cheering by spectators, to actually get to the finish line. 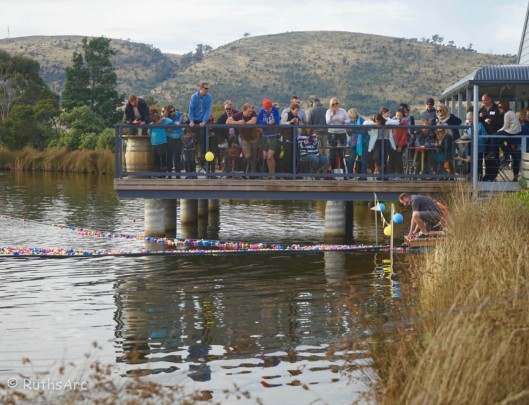 The resident ducks stayed across the pond or wandered amongst the vines. It was a fun afternoon in a beautiful location, with $12,000 raised for charity. 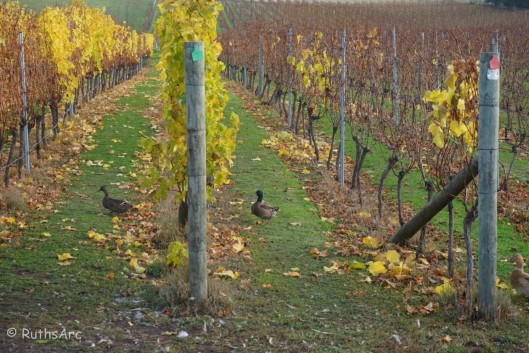 Much of Tasmania’s heritage dates back to European settlement. These three bridges were all built by convict labour.

Richmond Bridge
Built in 1823 it is the oldest bridge in use in Australia. 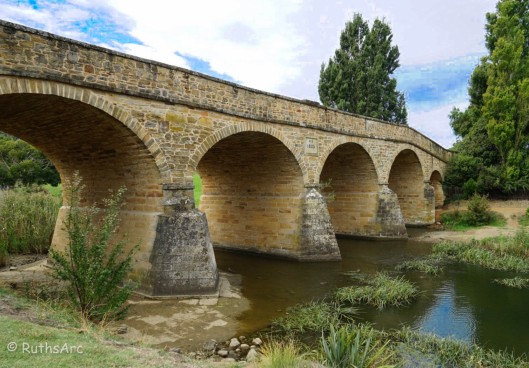 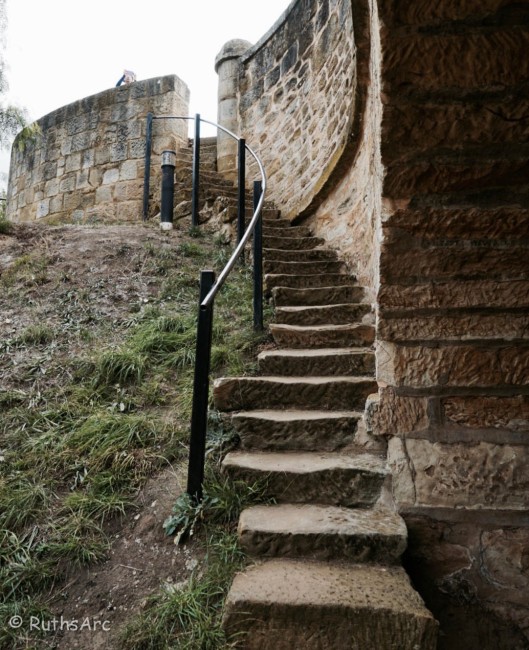 The Red Bridge, Campbell Town
Built in 1838, constructed of hand made red bricks. This bridge on the Midland Highway now carries two million vehicles each year. 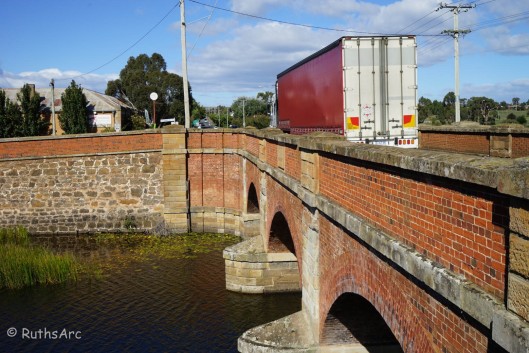 Spiky Bridge
Built in 1843, it is no longer in use, located a few meters from the East Coast Road.
But such a spectacular design. Some say the vertical stones were to prevent cattle falling over the side. Others claim it was convict rebellion against their supervisors. 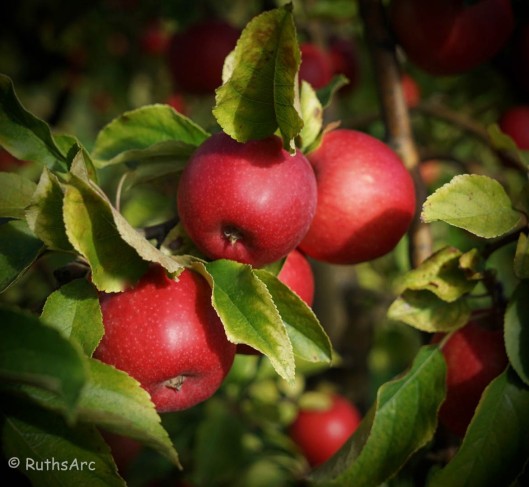 Apples have been an important crop in Tasmania since European settlement. They were exported all over the world, particularly to Europe, with the industry at it’s peak during the 1920’s and 1930’s.

Although exports declined over the decades, when Britain joined the European Common Market in 1973, the export industry collapsed. Today, it is a $40 million industry, still growing a wide range of apple varieties. 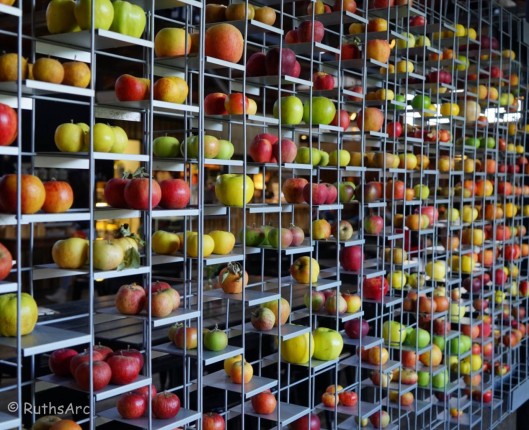 Tasmania, as an island, has a natural quarantine advantage, which is strictly enforced. If you buy Tasmania apples in Melbourne, you can not bring them back into Tassie, on a flight or on the ferry.

I took these photos at the side of the road, along the edge of an orchard, farmed by four generations of the same family. Their apples are delicious, organically grown since the 1990’s. They make good cider too. 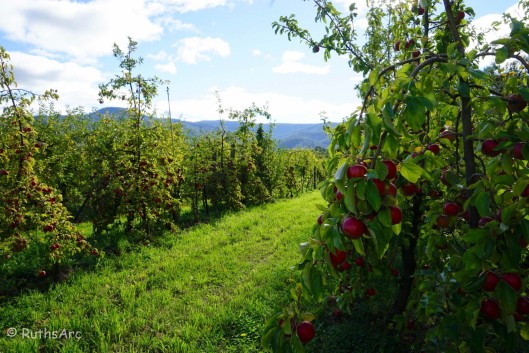 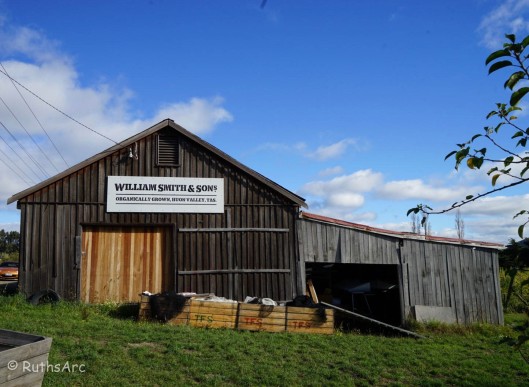