Sometimes, a photo challenge prompt gets into my subconscious. I have been noticing bricks, in various situations and locations. 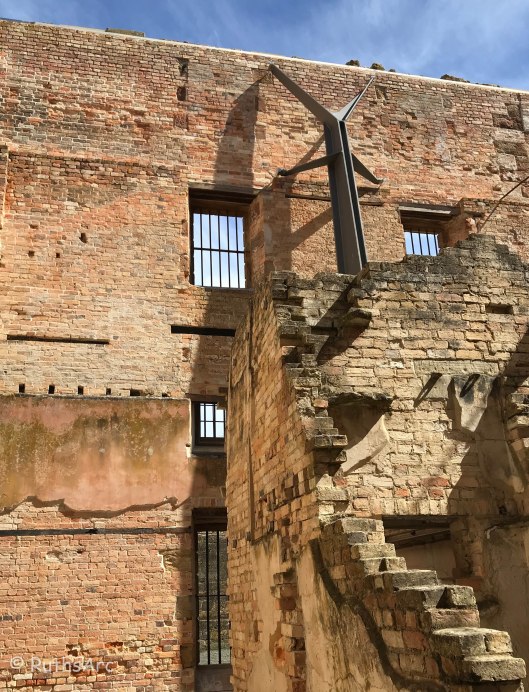 1833 is part of a sculpture trail, marking the date of the “new wharf” in Hobart when locally quarried sandstone warehouses were built to serve the influx of ships that loaded and unloaded cargoes of wheat and timber, livestock and leather, rum and flour, salt pork and muskets.

Old buildings made from bricks with these broad arrows, bricks that were convict made and were government property. The arrow supposedly prevented pilfering.

This Memorial Wall contains many original headstones of the early European Settlers in Hobart. The wall is in St David’s Park, which was the site of a cemetery until 1872.