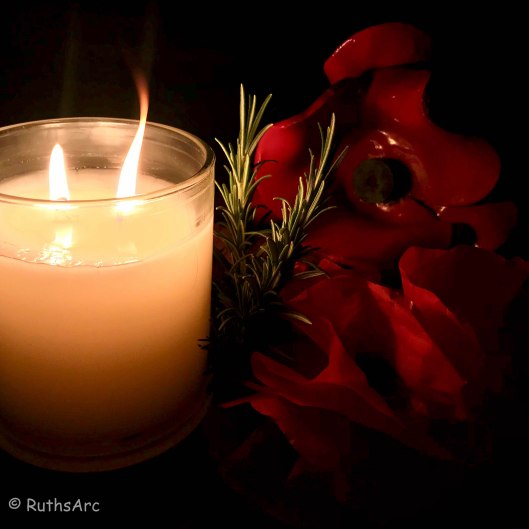 At 6am this morning, ordinary people stood at the end of their driveways, lit a candle, held a minutes silence, in remembrance of all who have served in wars and conflicts.

ANZAC Day is the national Remembrance Day for Australia and New Zealand, commemorating the landings at Gallipoli on this day in 1915.

Usually, dawn services are held at local cenotaphs but such gatherings are cancelled this year. So we were encouraged to “gather as one” outside our homes.

I could see three other sets of neighbours in our small section of street. I could hear the broadcast from the National War Memorial in Canberra. I held a candle and sprig of rosemary, which grows wild on the Gallipoli peninsula and is as much a symbol of ANZAC Day as the poppy.

Everyday musicians were asked to play “The Last Post” on any instrument.

Our daughter played her saxophone and made these lovely lanterns out of milk cartons.