A highlight of November was Hobart’s “Open House” Weekend, when a number of private buildings are open to the public. We chose to visit this roof top terrace.

The building dates back to 1906 and is currently office space and a private apartment. Back in the 1930’s the roof terrace was a café. The entrance hall has a lovely ceiling and wood panelling.

We also visited the Royal Tennis Court, or Real Tennis Club. I have no idea of the rules except that the game is a cross between tennis and squash with the ball in play when it bounces off the walls or the roof of the viewing gallery.

We’ve had some hot sunny days, ideal for beach walks. We’ve had many wet days when we’ve headed out in between showers for local walks. We also had the coldest November day in 70 years with snow on the mountain again.

This is my contribution to Changing Seasons challenge, hosted by Ju-Lyn and Bushboys World.

Last weekend was the 7th annual Open House in Hobart, where the public could look behind the scenes of some of the city’s most intriguing buildings.

Here is a quick tour of the buildings we chose to visit this year. 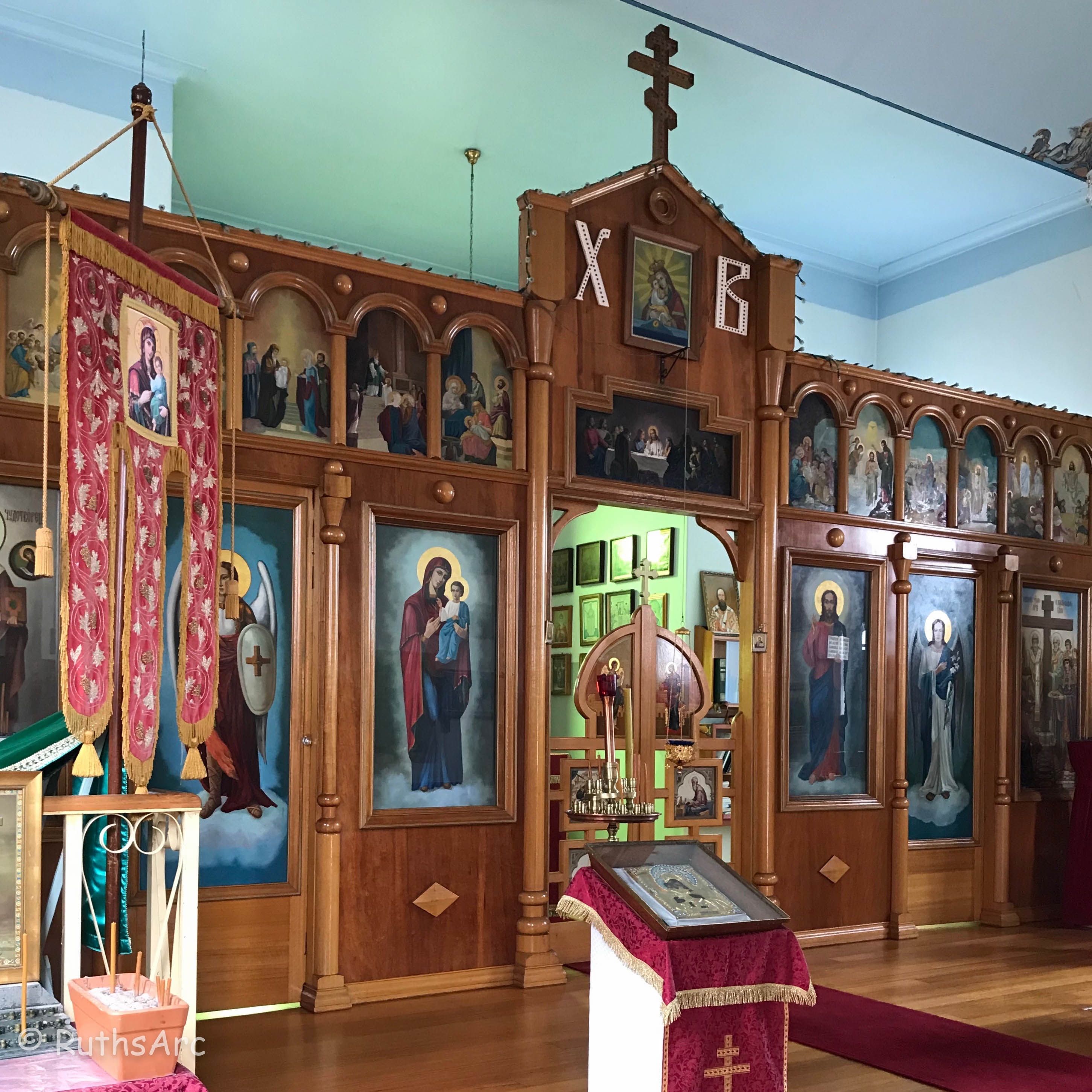 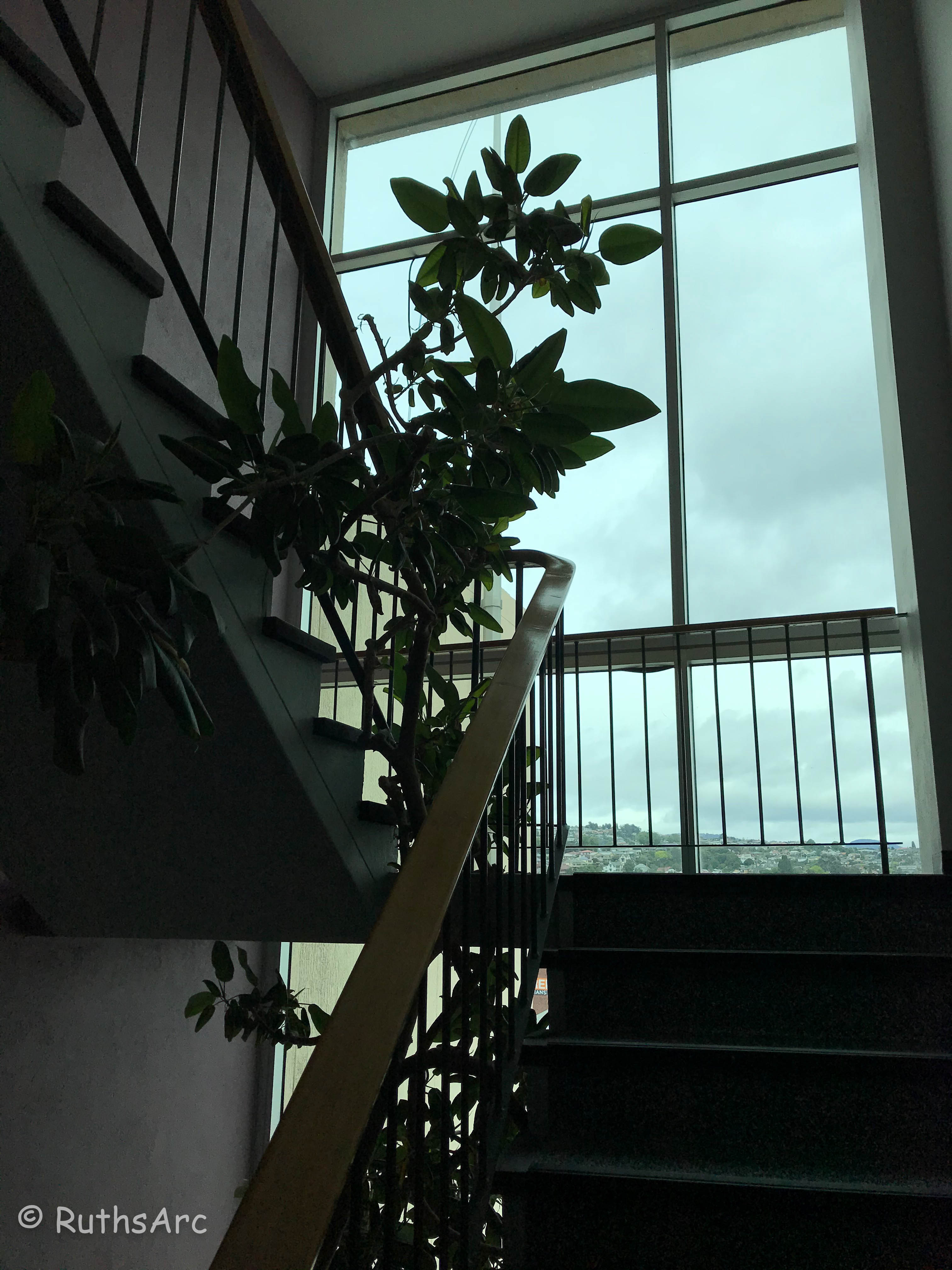 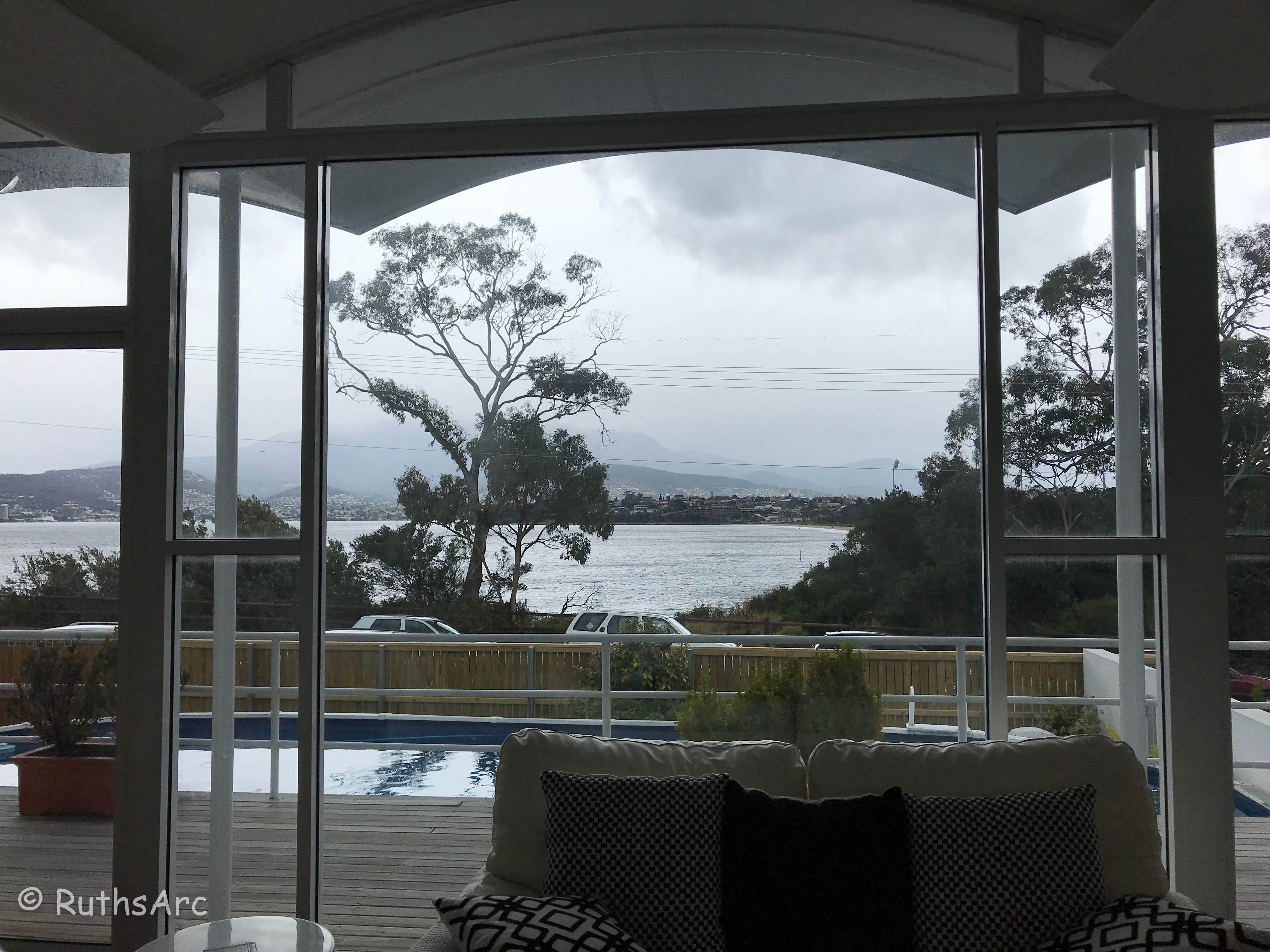 Hobart Savings Bank – built in 1859 by The Quakers as a bank for the ordinary people. The rich man’s bank was next door. Now a private residence, we were able to walk around the old banking hall with safe, a small library, the basement terrace with unusual views of the iconic red awnings. 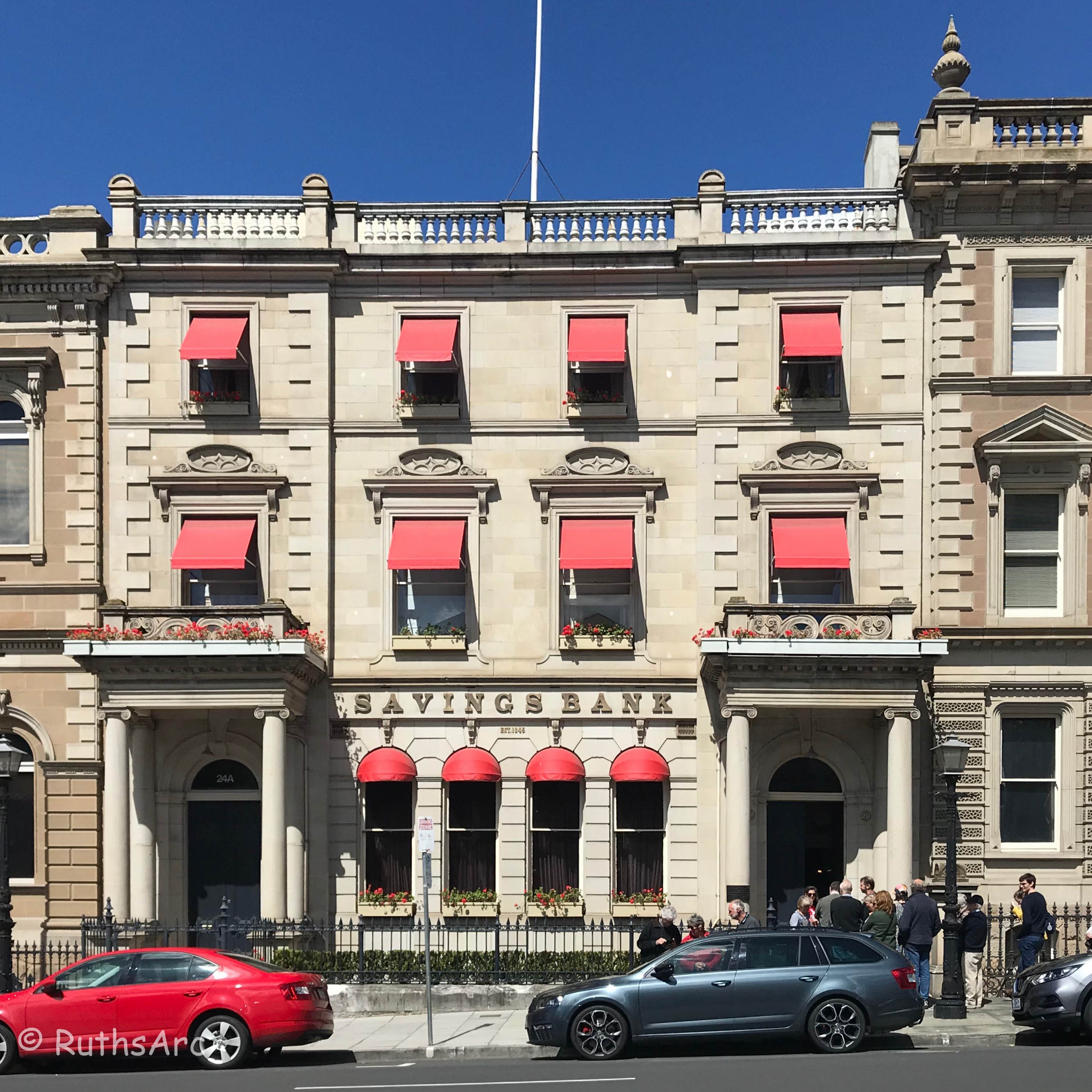 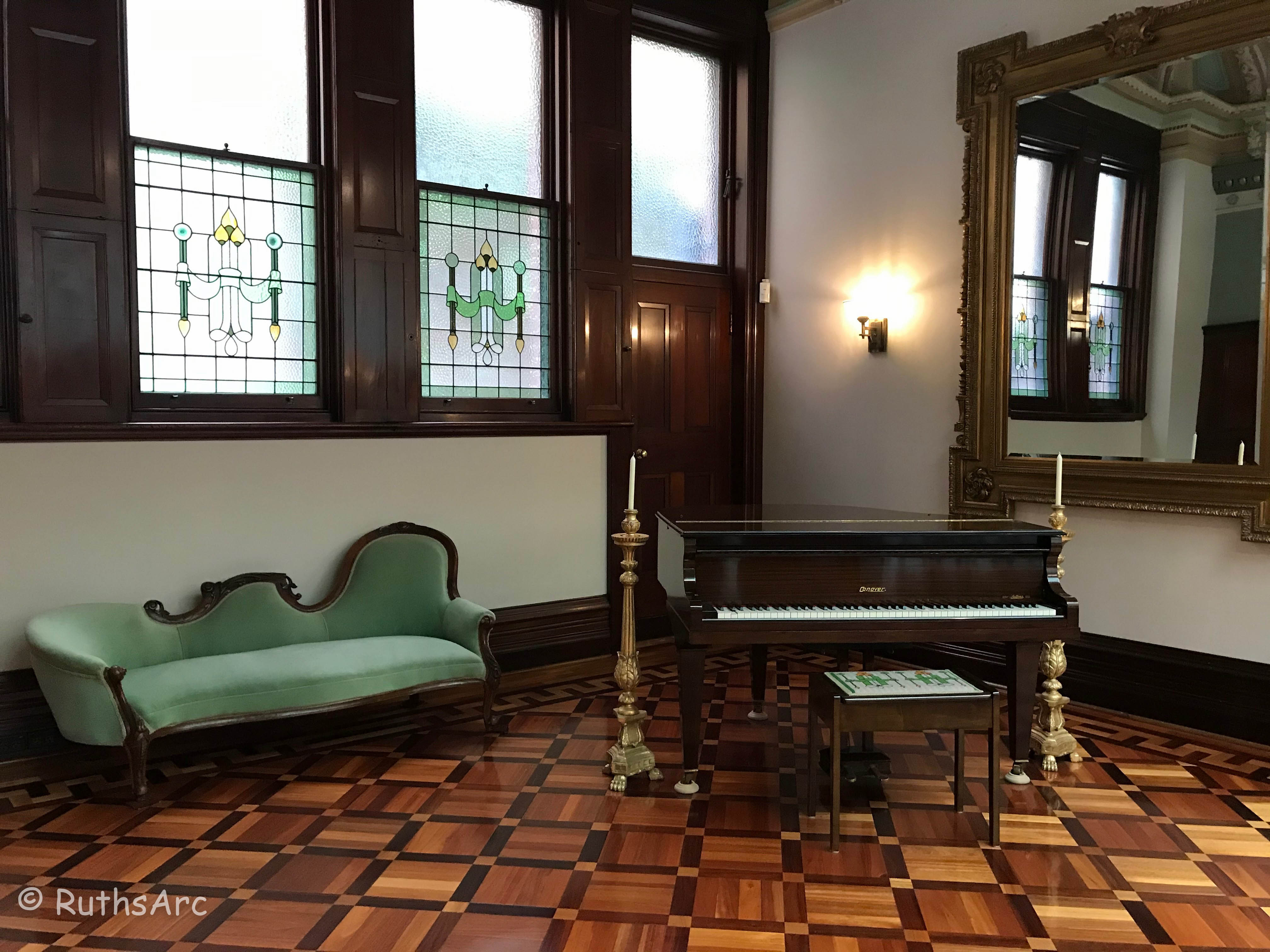 “Open House” is an annual event in Hobart, where the public have free access to buildings that we don’t usually get to see.

Last weekend, we joined a tour of Tasmanian Ports Control Tower. It is 36 metres tall and has a unique 360 degree view of Hobart city, waterfront , Tasman Bridge and the Derwent River. 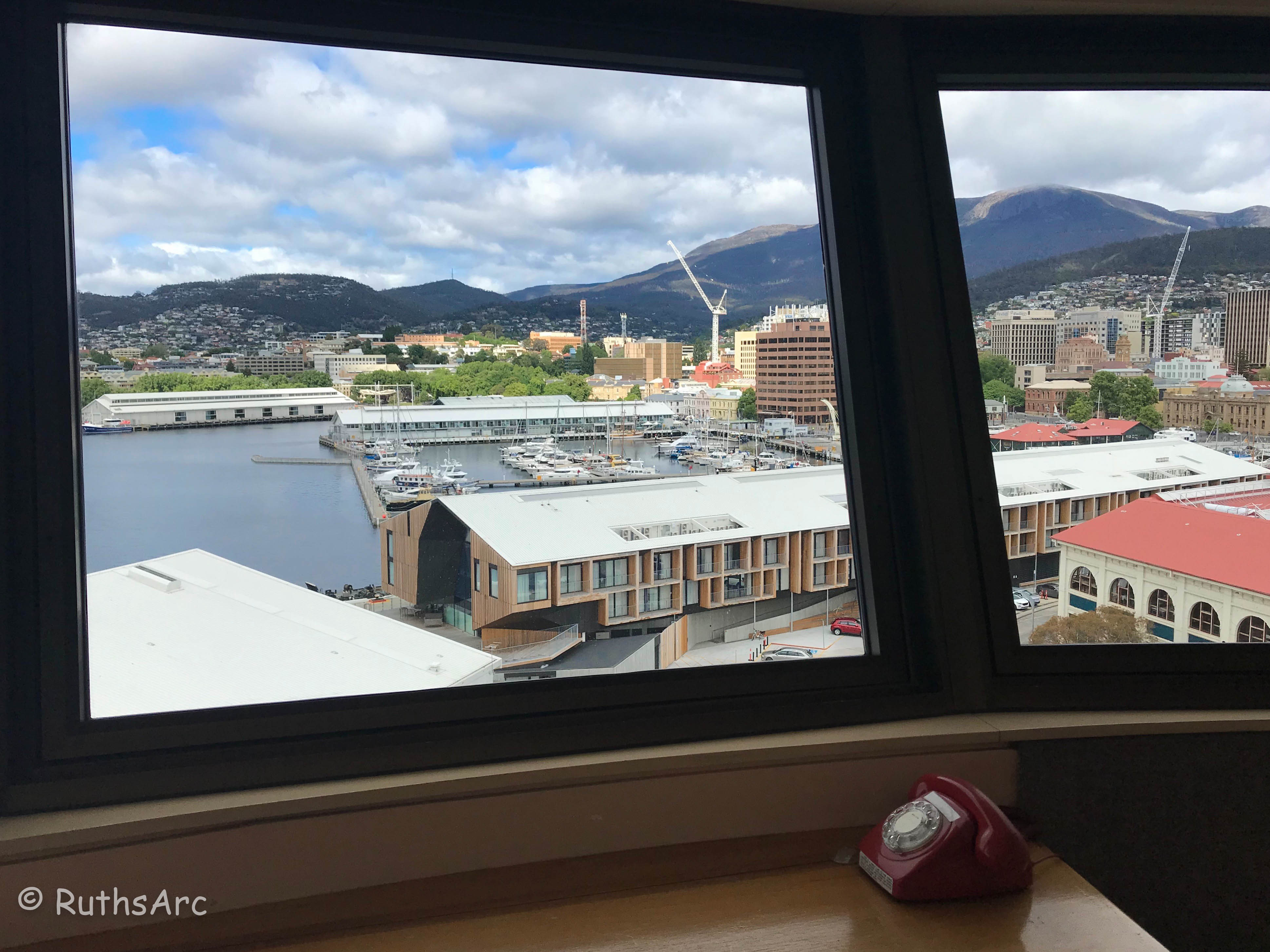 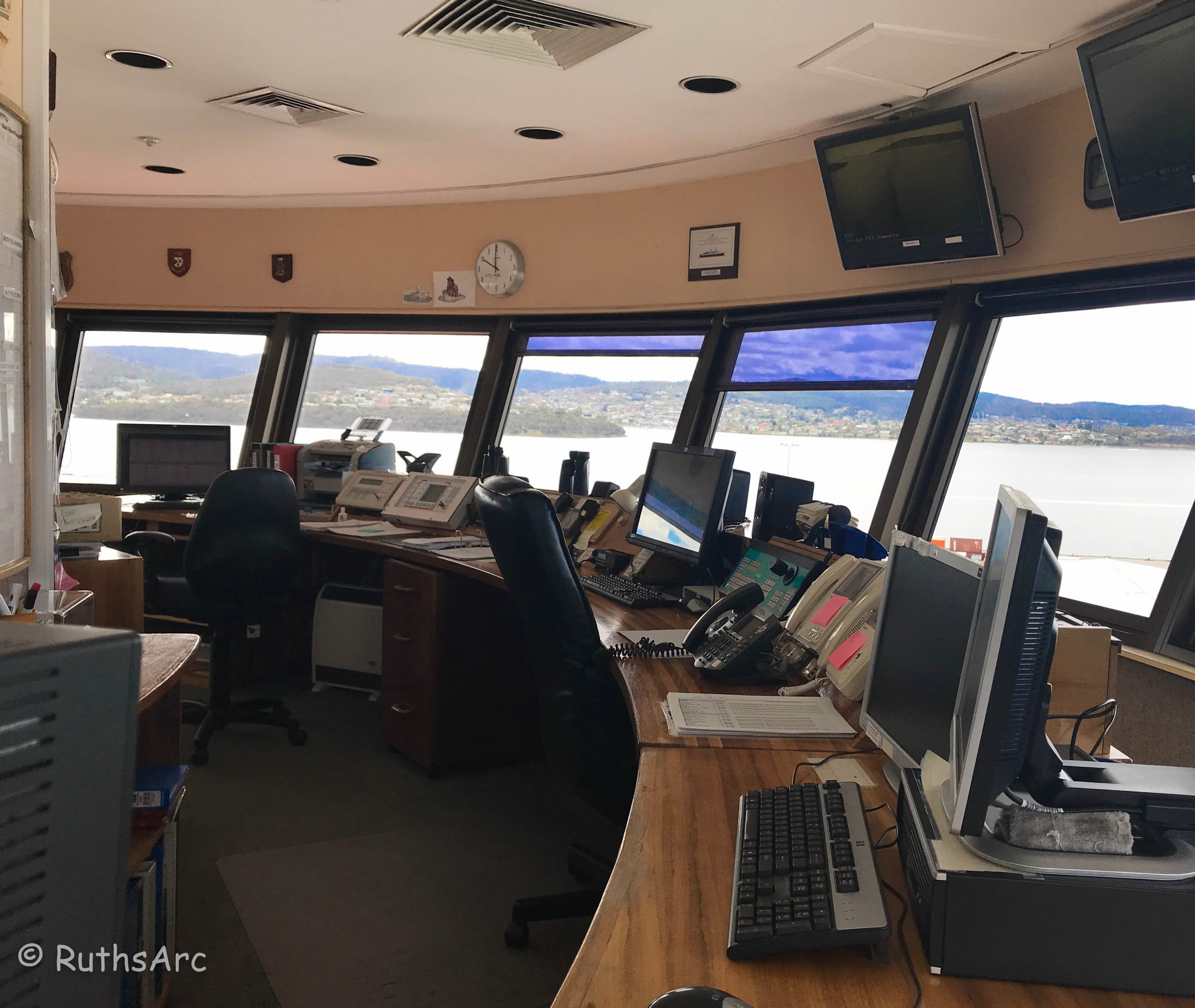 It was designed to oversee the entire port and manage the arrival and departure of all ships. It is still used as the main observation point for all under-bridge crossings and is the office/staff room for the sea pilots.

From the tower, we could appreciate the scale of local timber awaiting export. 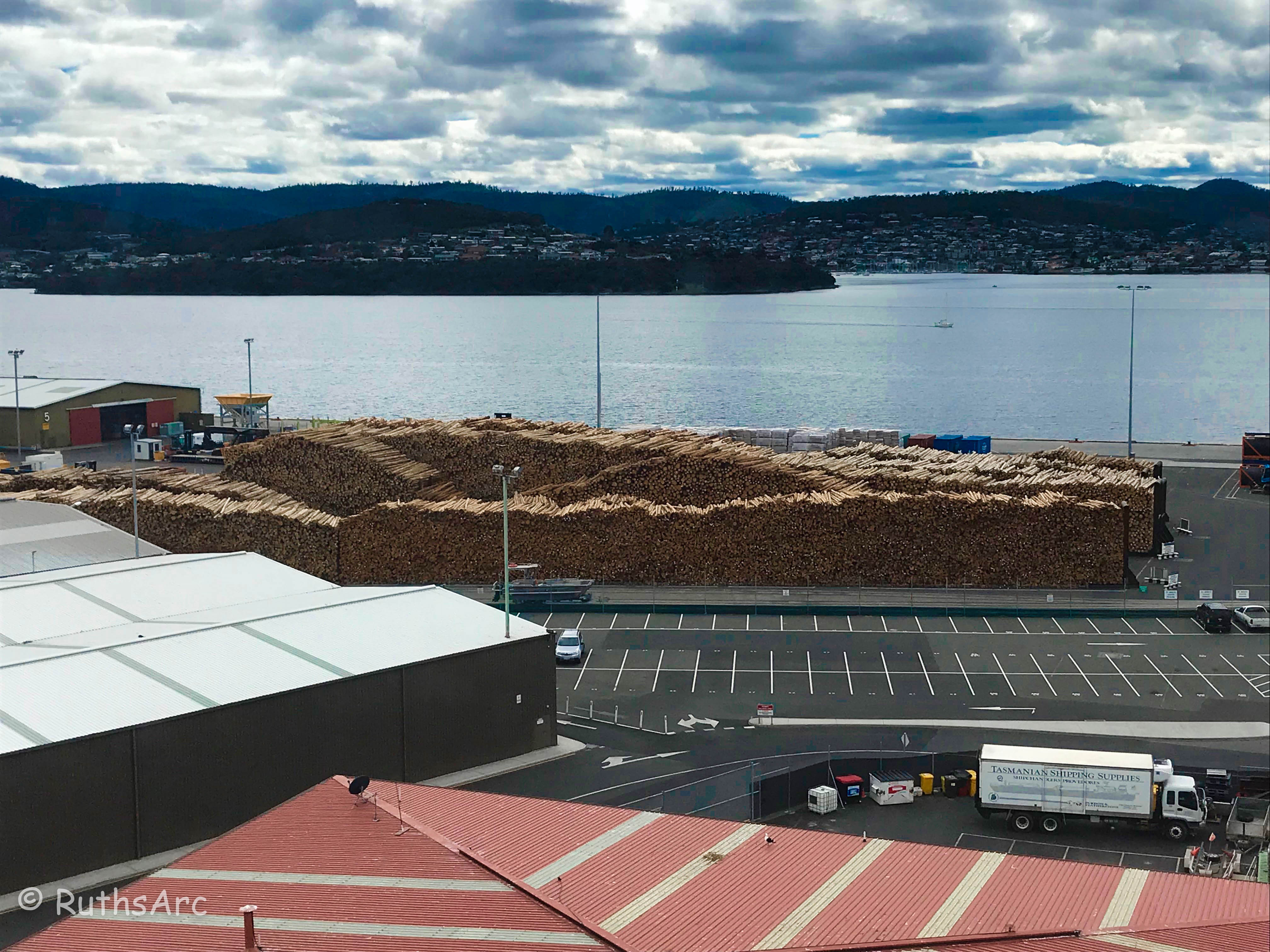 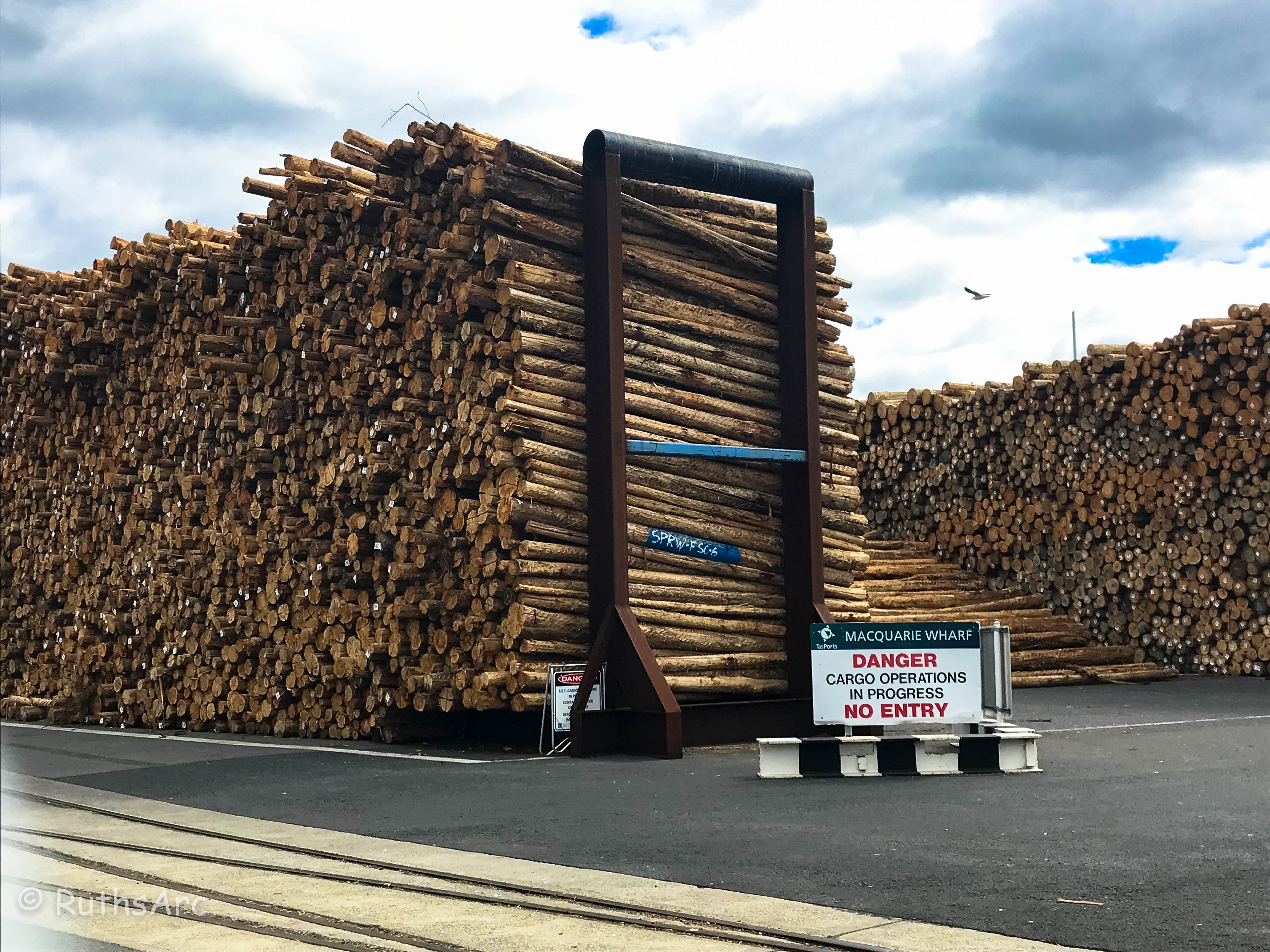 Each year they hold a Festival of Music and Art – FOMA.

We went to the festival on Saturday, a full day of music on various stages, both outdoors and within the museum galleries. Musicians are invited from across the globe. We listened to a cellist from Baghdad, a Patagonian folk trio, a Sudanese singer, a classical pianist from Ukraine, soul singer from USA, Tasmanian choirs and jazz orchestra. 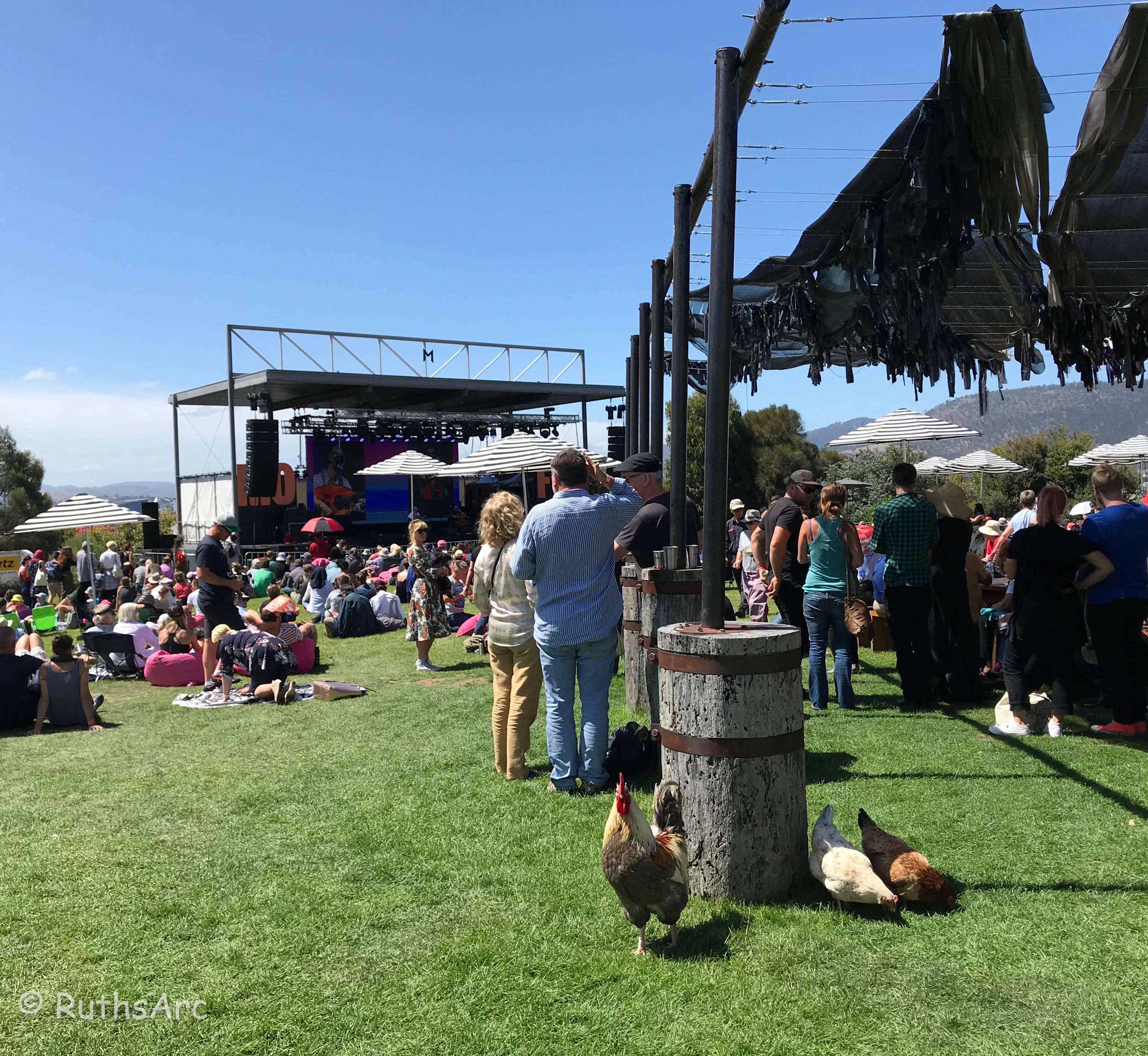 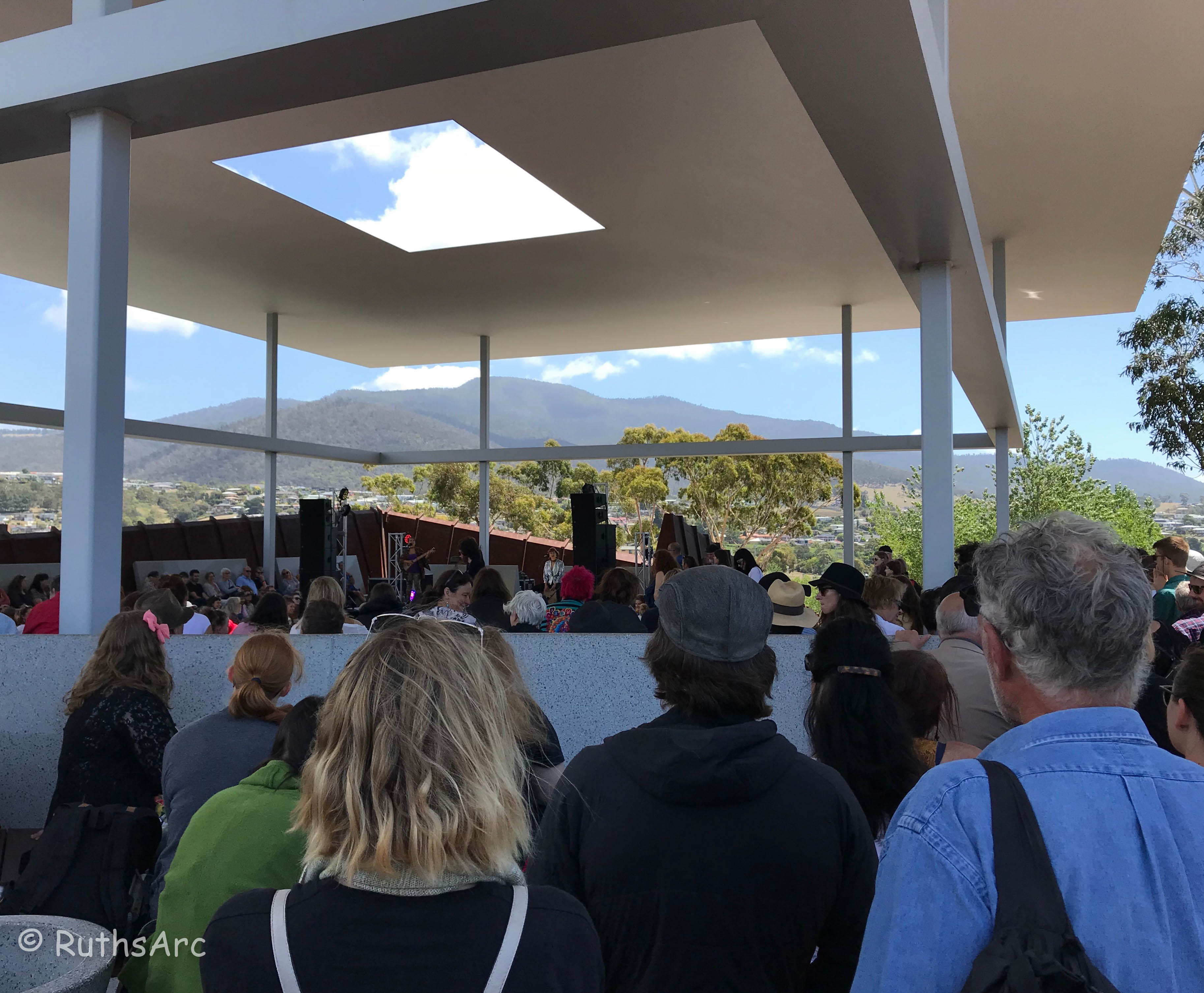 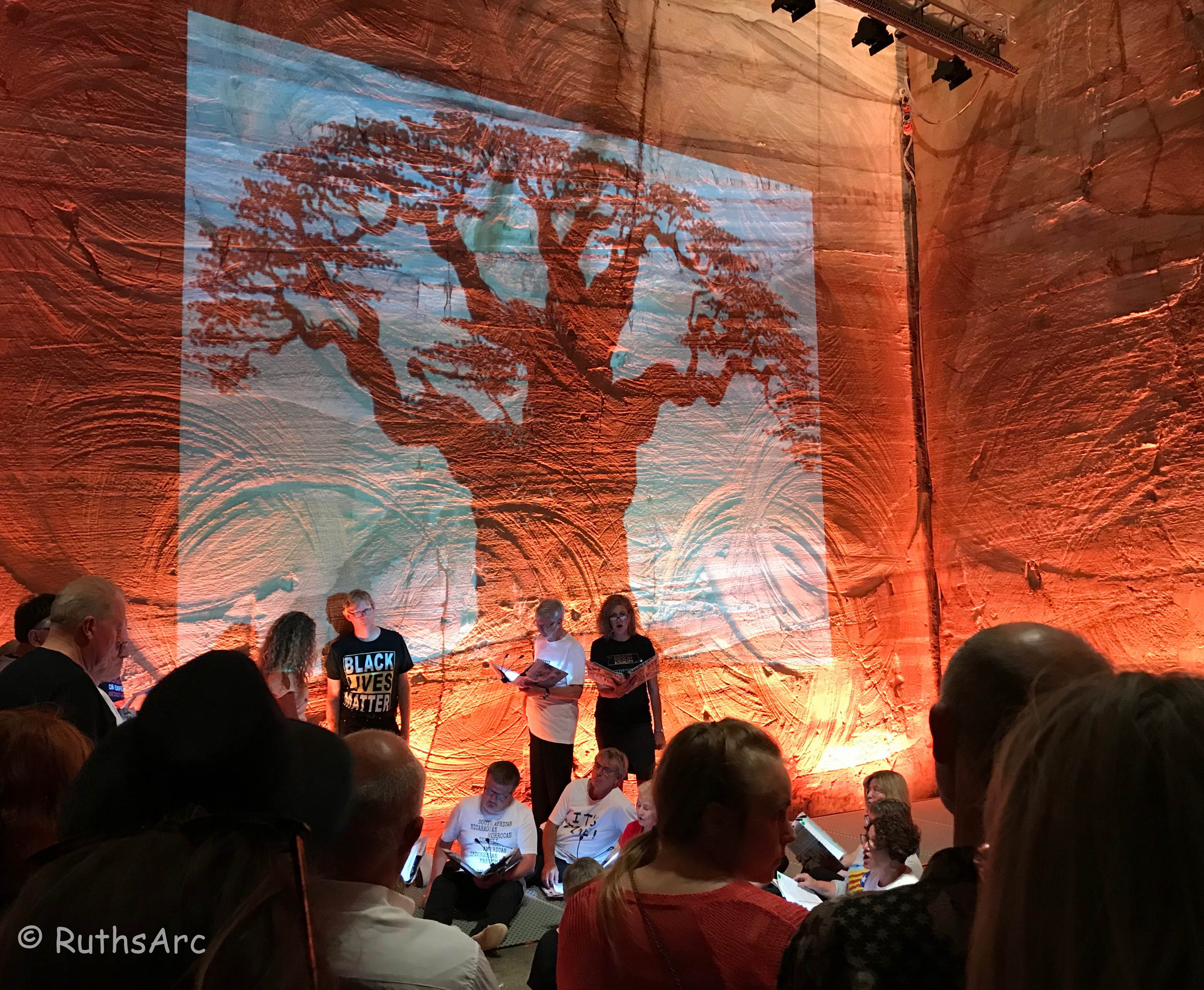 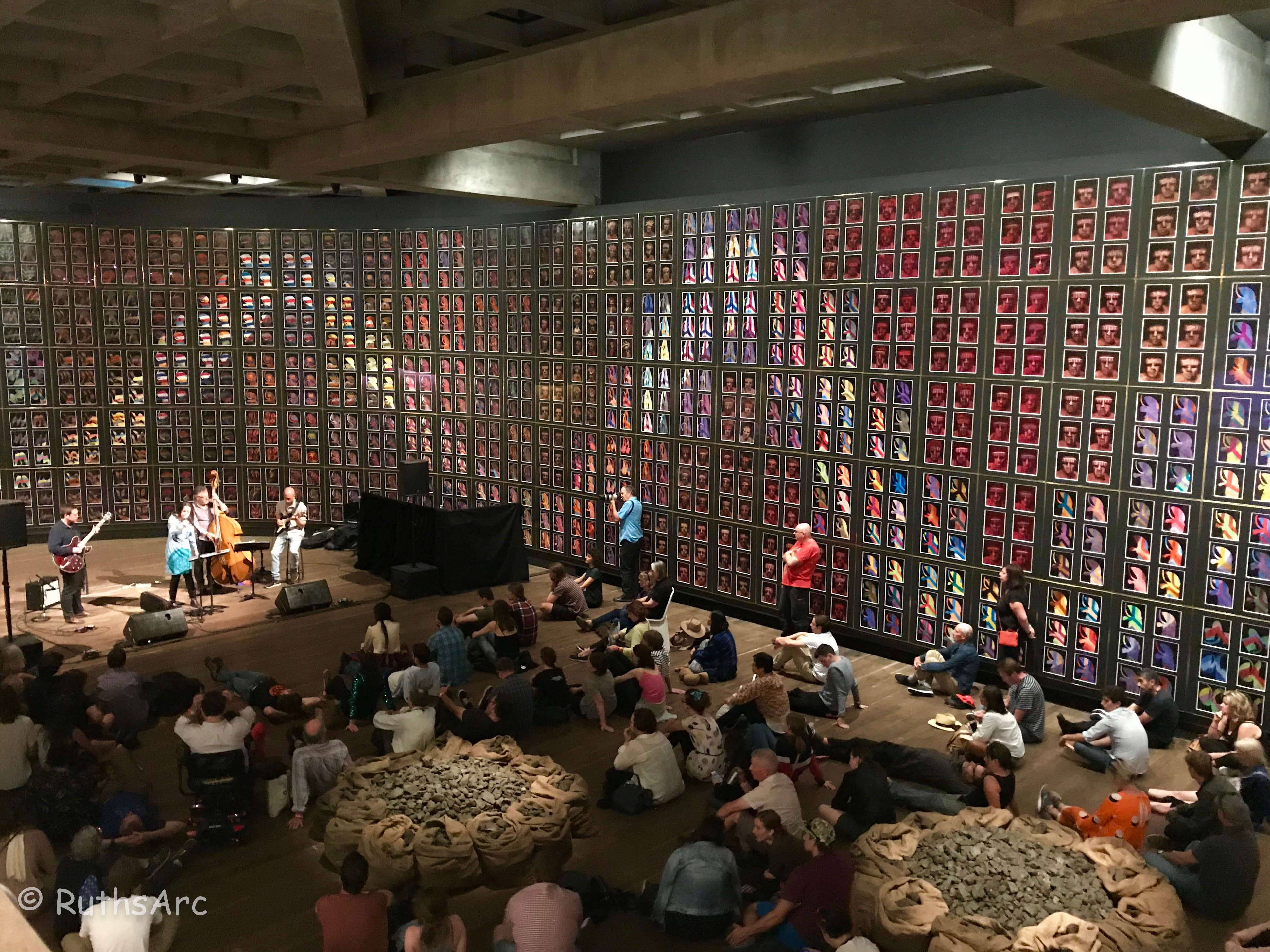 It is intriguing when you don’t know the musicians or their music. The festival is always an eclectic mix of sounds, creativity, people, in such a great space.

The museum has recently expanded with a new wing, new art installations, new walkways and a new tapas bar and lounge. 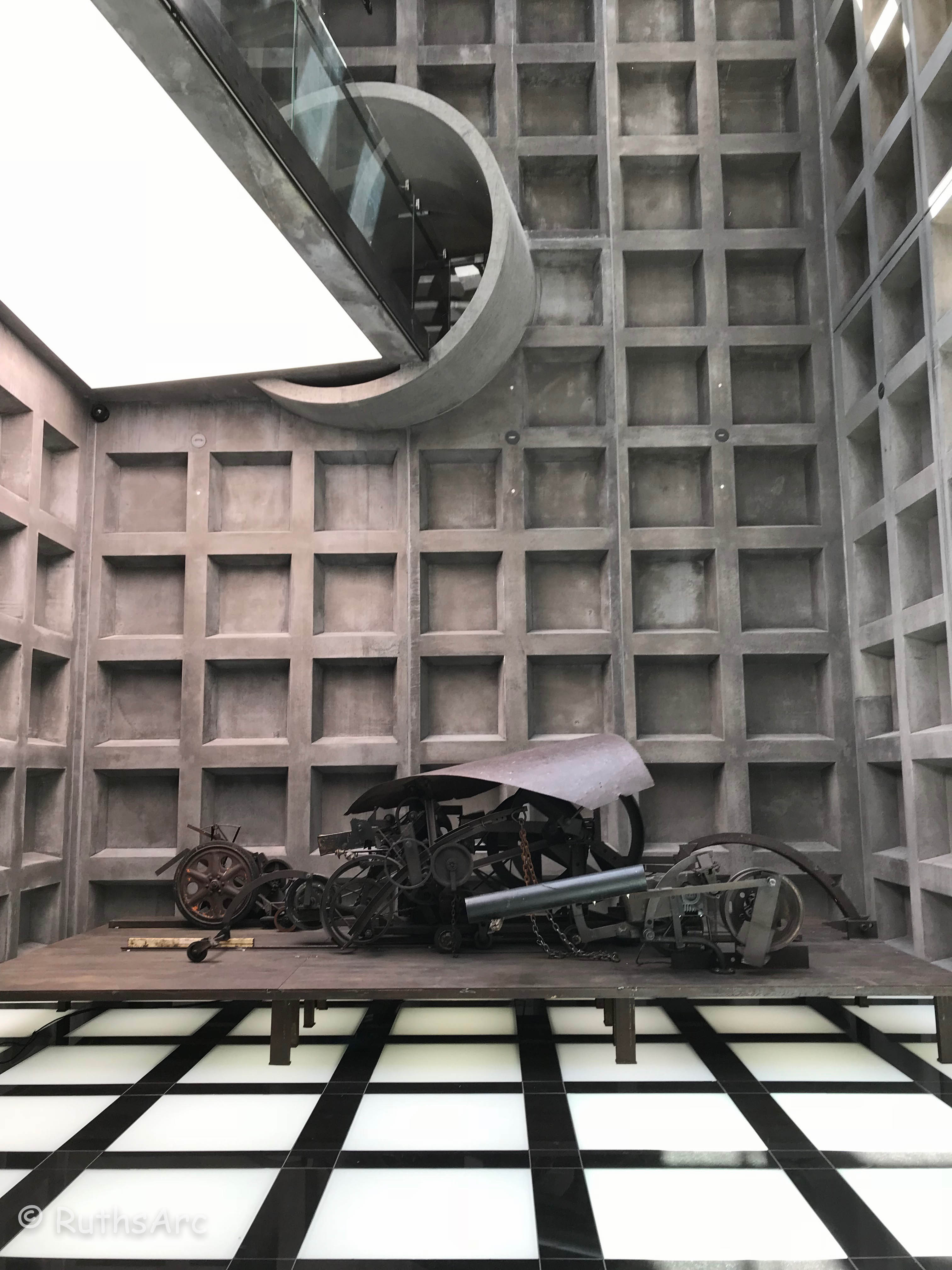 MONA is one of Hobart’s special places.

I’ve had these photos for a few months, so I was delighted to see this week’s challenge, to show the effect of time and the elements.

There are many weathered farm buildings around Tasmania, but these are my favourite so far. 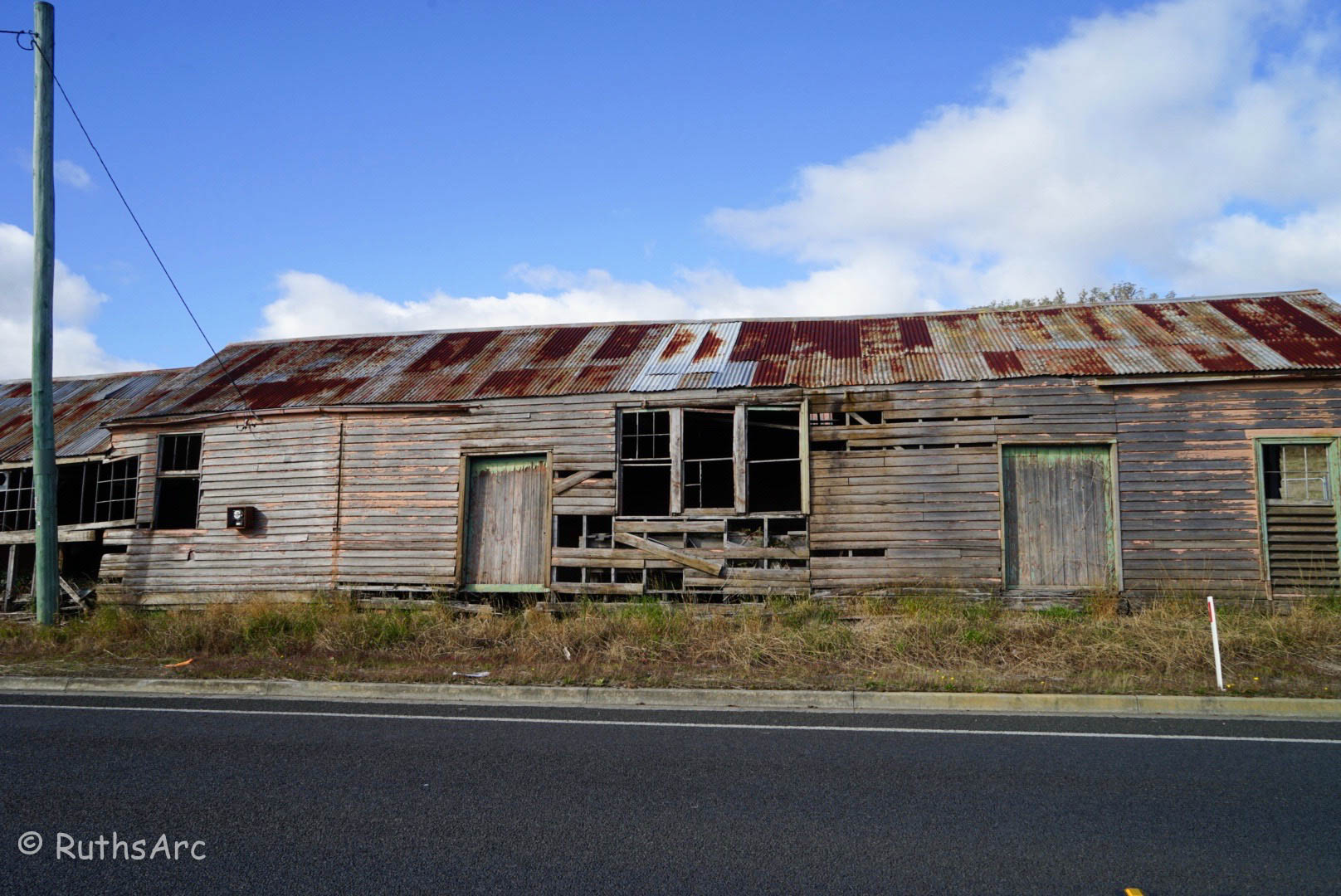 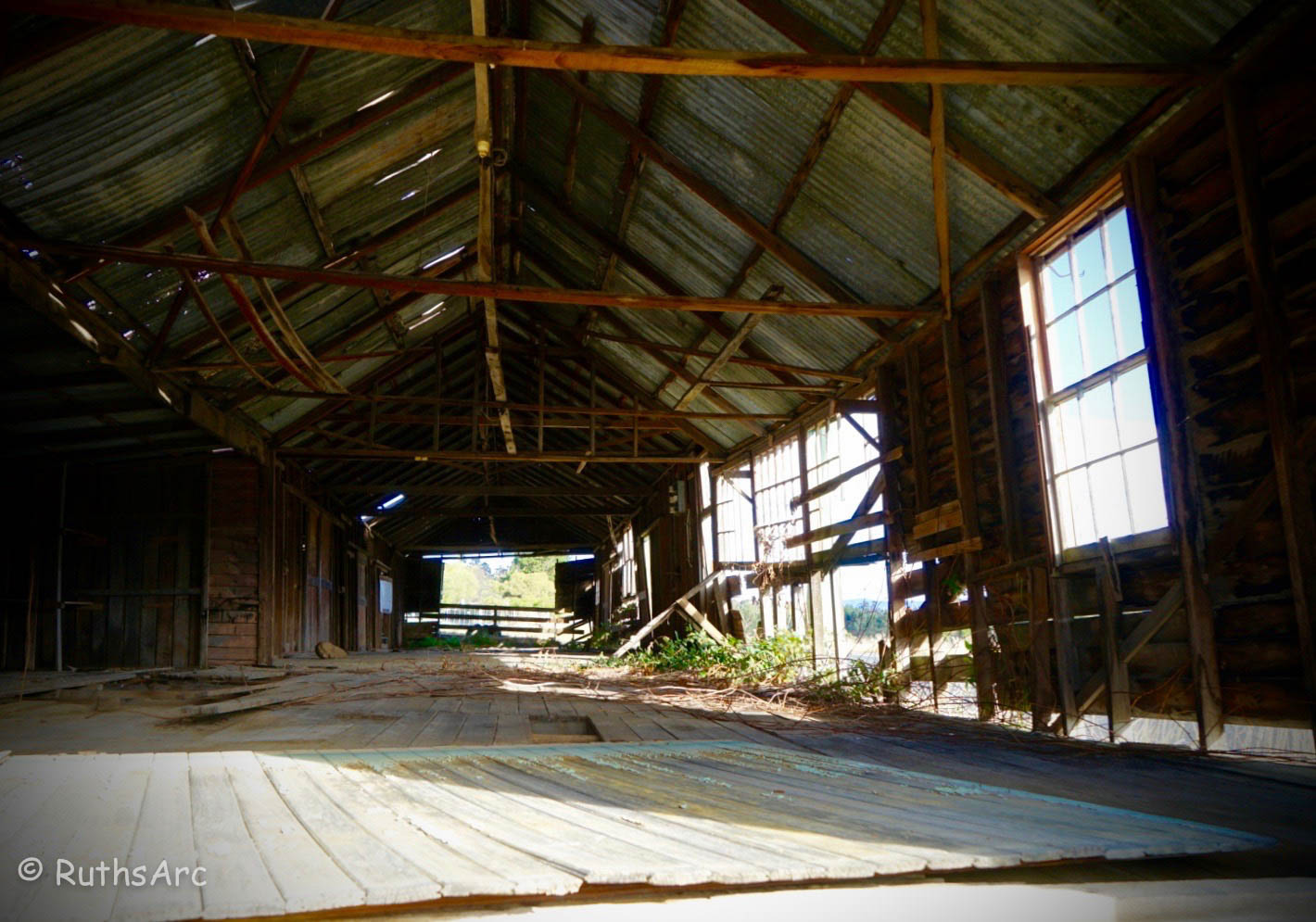 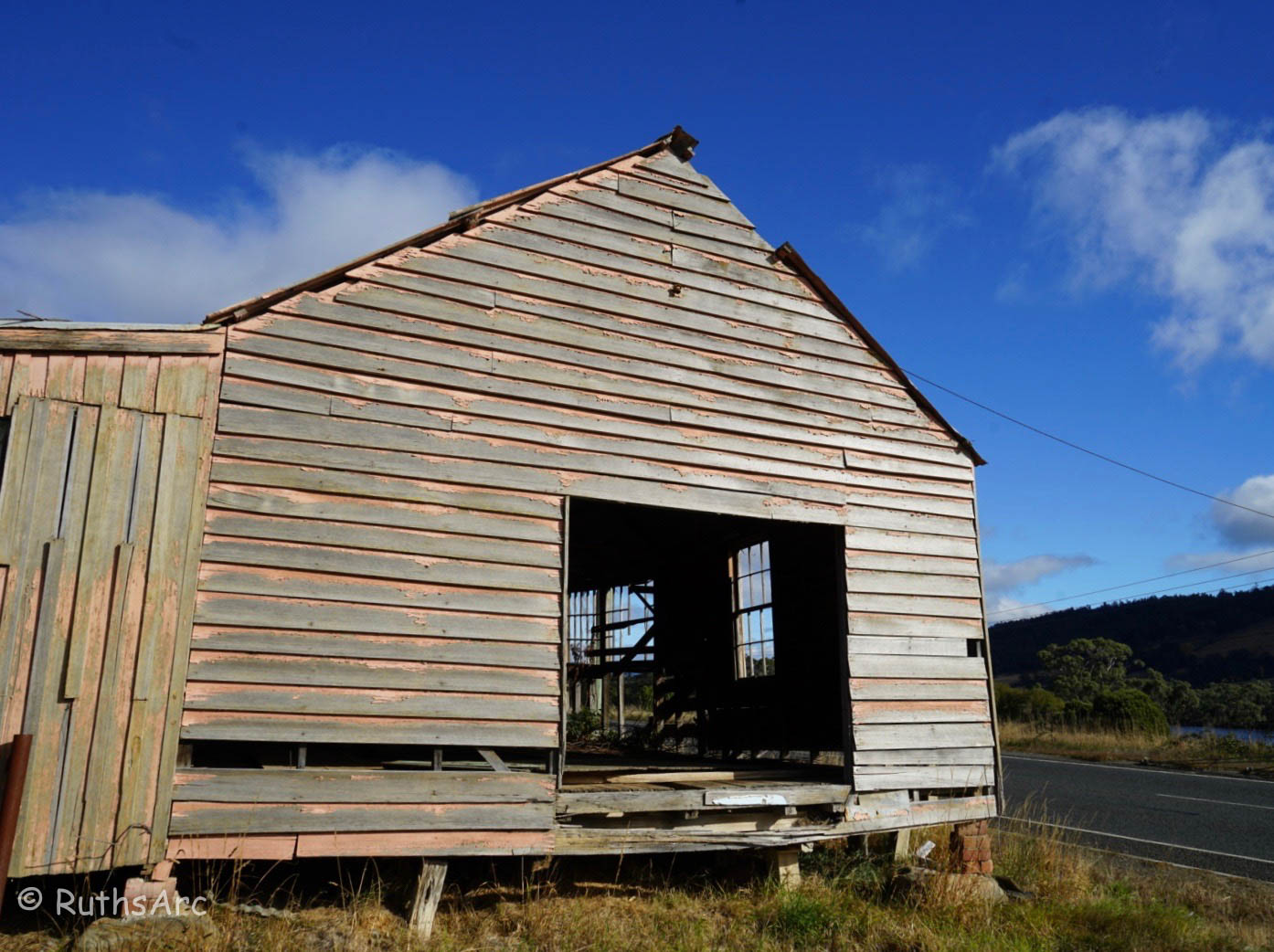 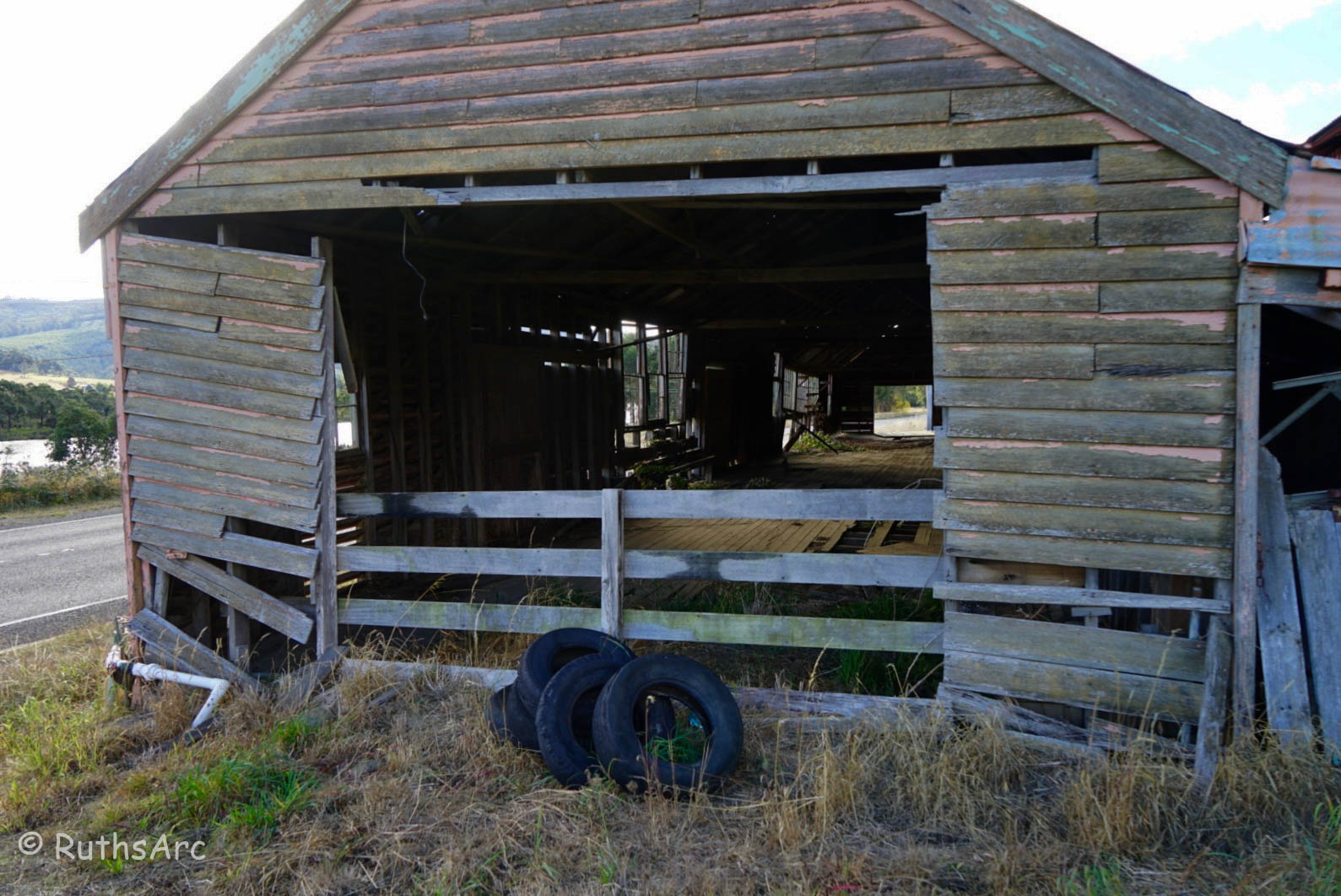 On 5th January 1975 a ship hit Hobart’s Tasman bridge, bringing down two pylons and 72 meters of roadway. Tragically 12 people were killed, 7 crewmen and 5 motorists as cars plunged into the water.

Emergency services and local residents rushed to help. Montagu Bay was the main launch point for searchers, hence this memorial in this pretty bay.

The Eastern Shore was cut off from Hobart’s city centre. What had been a five-minute drive across the bridge became a ninety-minute journey. Ferries were soon transporting over thirty thousand people a day across the river to work, to school, to hospital, to the airport. A vehicle ferry was also in operation as priority to carry ambulances between the suburbs. Power lines, telephone lines and water pipes were also impacted and needed repair.

The “Lake Illawarra” ship is still on the river bed, causing the replacement pylon to have a different position and the new roadway to have a noticeably wider distance between pylons. The bridge was reopened in October 1997. 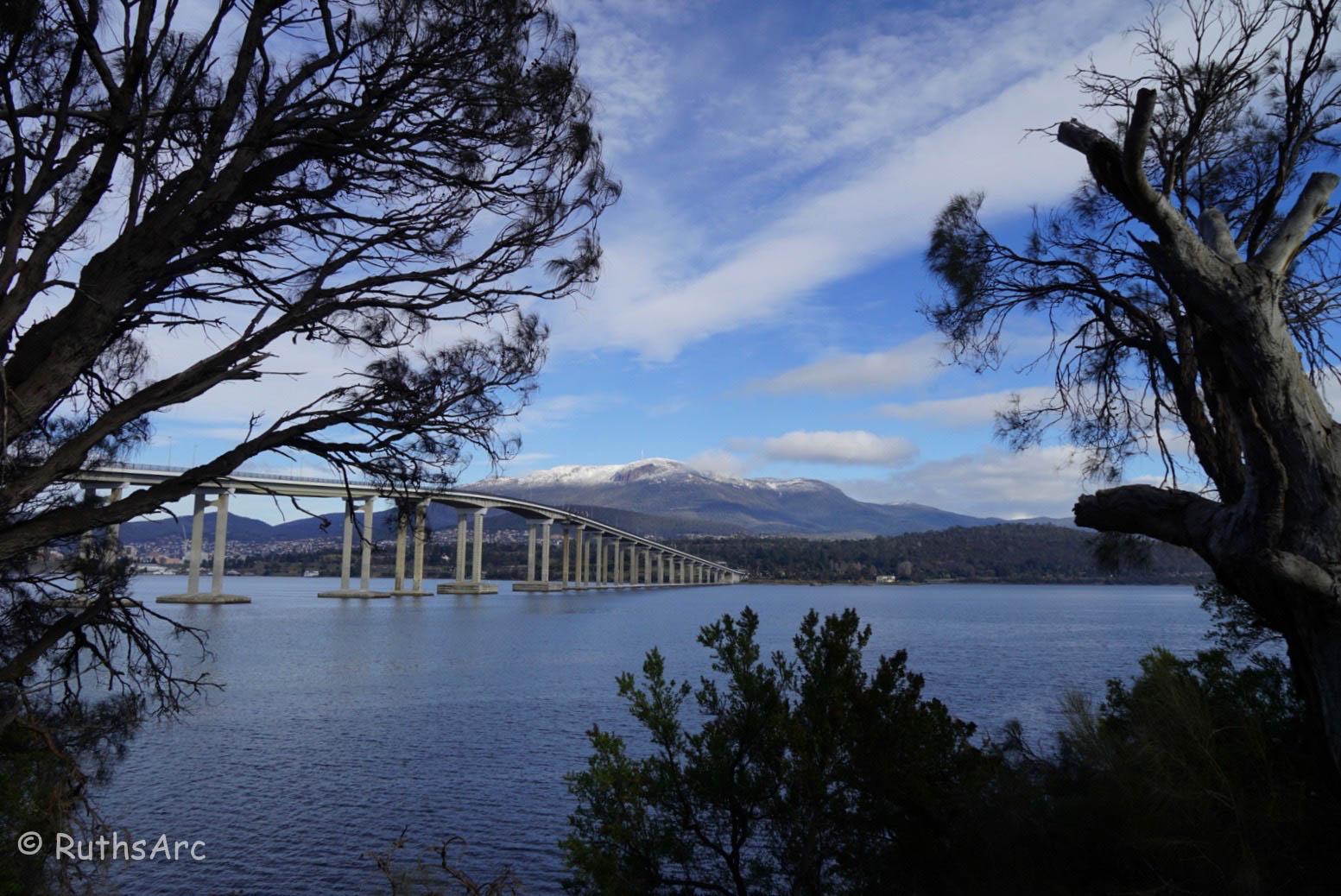 The Eastern Shore became more self-contained communities as a result of the disaster and a second bridge, Bowen Bridge, was built a few miles upstream, in 1984.

We visited the Hobart Synagogue today as part of Open House weekend. It is the oldest Jewish place of worship still in use in Australia, consecrated on 4th July 1845.

The building is in the Egyptian Revival style, characterised by its columns with lotus capitals and the trapezoidal shape windows.

We saw the central raised platform, the Bimah, where the Torah is placed for reading.

We saw the Ark, the sacred place behind a curtain, where the Torah scrolls are kept. Our guide explained that the practicality of winding the scroll from one place to another, one reading to another, can be time consuming, so they have five Torah in their Ark. 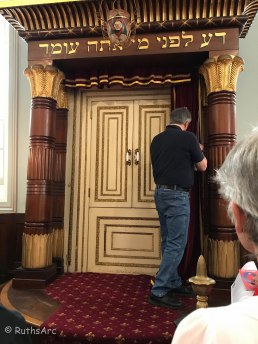 There is a Sefer Torah on display as a memorial of those who died in the Holocaust. It is one of 1,564 scrolls seized from desecrated synagogues in Czechoslovakia by the Nazis.

Hobart Synagogue embraces both Orthodox and Progressive members and offers services for both, but the building was obviously constructed at a time of Orthodox Judaism so there is a box for the Rabbi. The seating downstairs was for men only, with a balcony at the back for ladies and children.

It was built when Tasmania was known as Van Diemen’s Land and was still a convict settlement. Original benches where convicts sat, are still used for spare seating, some are stacked and used as book shelves.

The chandelier was originally designed to burn whale oil and has since been adapted for every variation of electric light technology. If you look closely from the Ladies Gallery, you can see that the light fittings hang below the ceiling level, allowing smoke from the oil burners and candles to escape into the ceiling space. 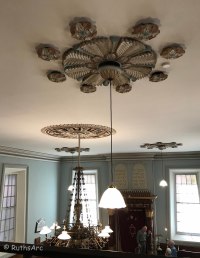 This weekend, various private buildings are open to the public. We visited the rooftop of the Colonial Mutual building in Hobart. Built in 1931 the roof has distinct hand painted coloured tiles, gargoyles and expansive views of our city and waterfront.

It was great to have temporary access to a building that we regularly walk past but usually only see from street level.

This week’s photo challenge is to share a Peek of something, photos to pique our interest. The theme is perfect, for today was the annual “open day” at our Government House in Hobart. We had a peek at the building and gardens that are usual closed to the public. 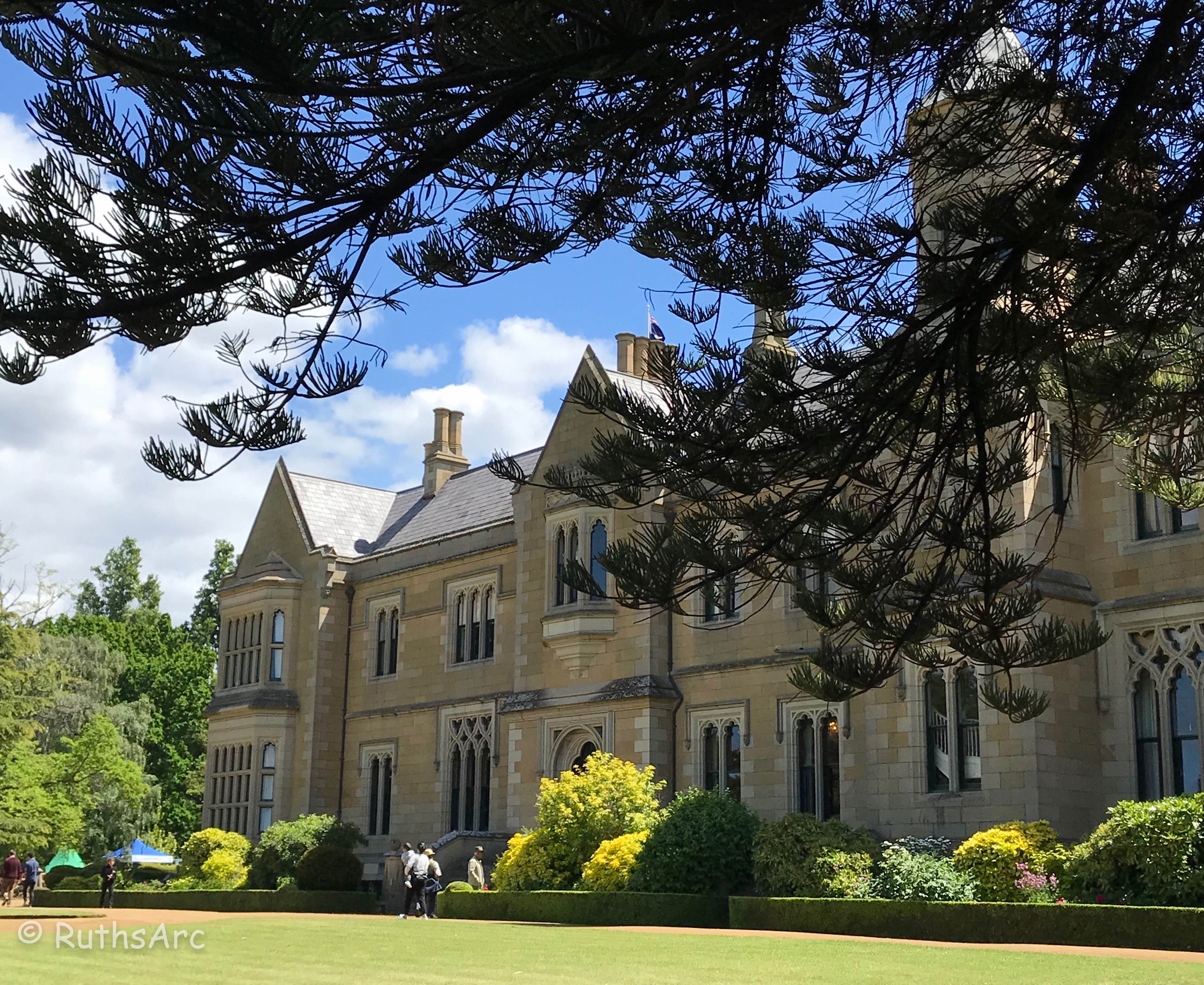 We peeked in windows, over walls, through trees to get views of the house and views from the house. Tickets to go inside were sold out, unfortunately. We’ll save that for another day. 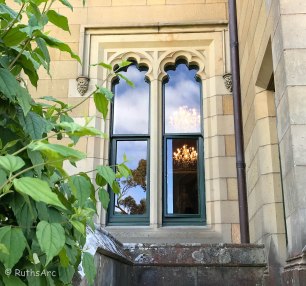 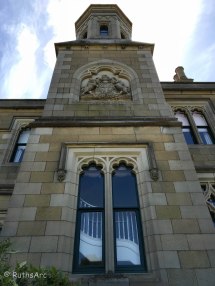 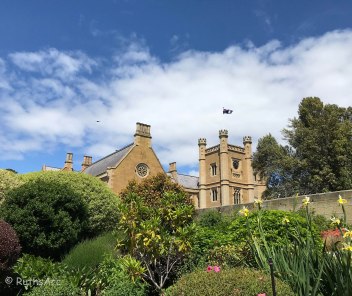 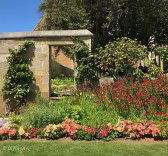 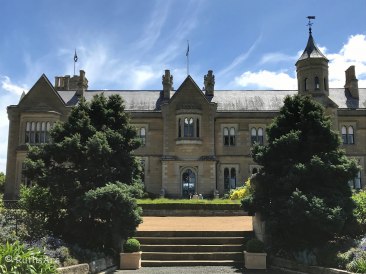 It is the home and official residence of the Governor of Tasmania, built in the 1850’s, on land that overlooks the Royal Tasmanian Botanical Gardens and the River Derwent. It was built from sandstone that was quarried on site (the excavated holes were made into ornamental pools). Cedar and teak were recycled from an old ship, slate for the roof was imported from Wales and furniture was imported from London. 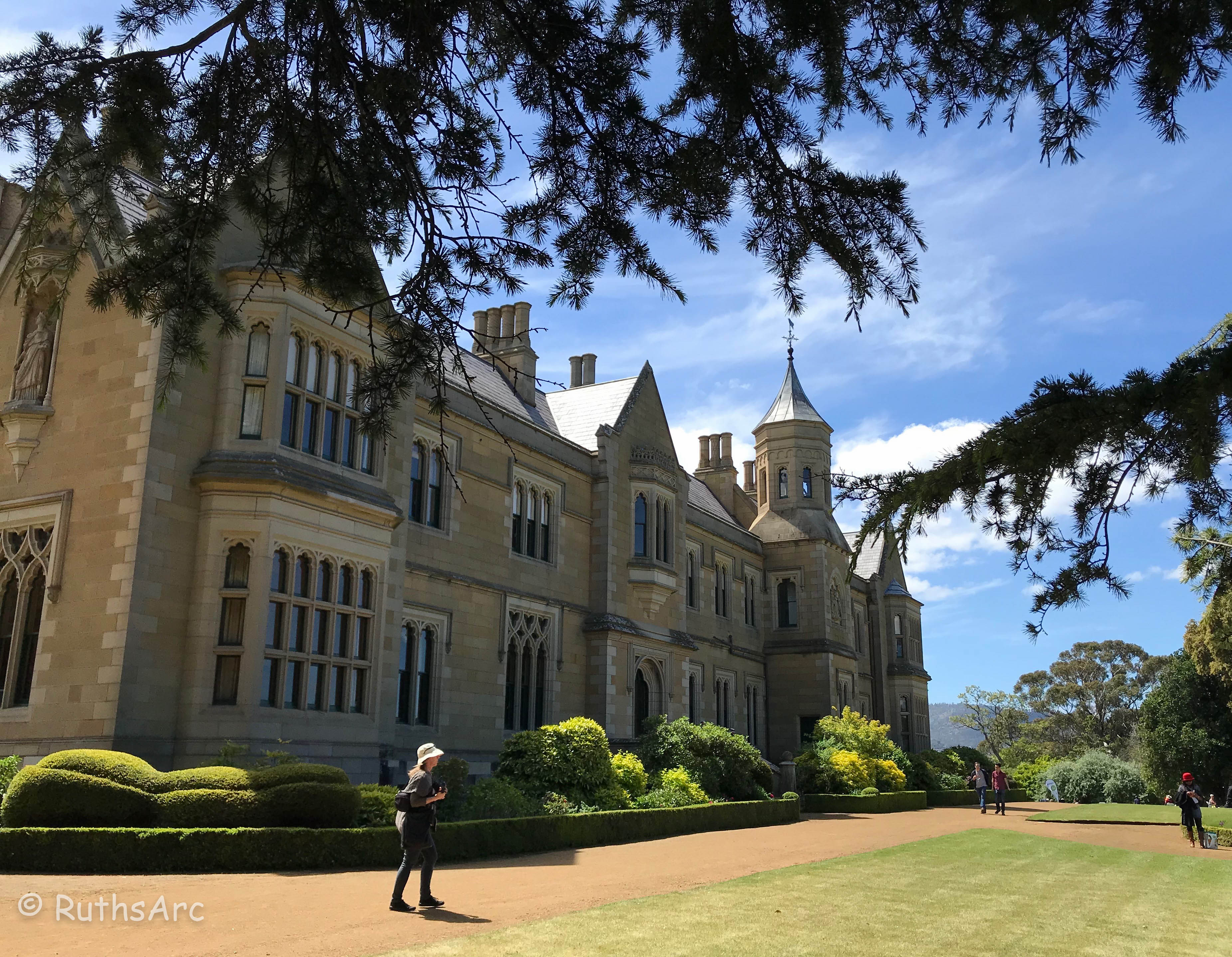